Facebook Marketplace launched a new vehicles category in the U.S. last fall, and today it has brought the feature to Canada and the UK. 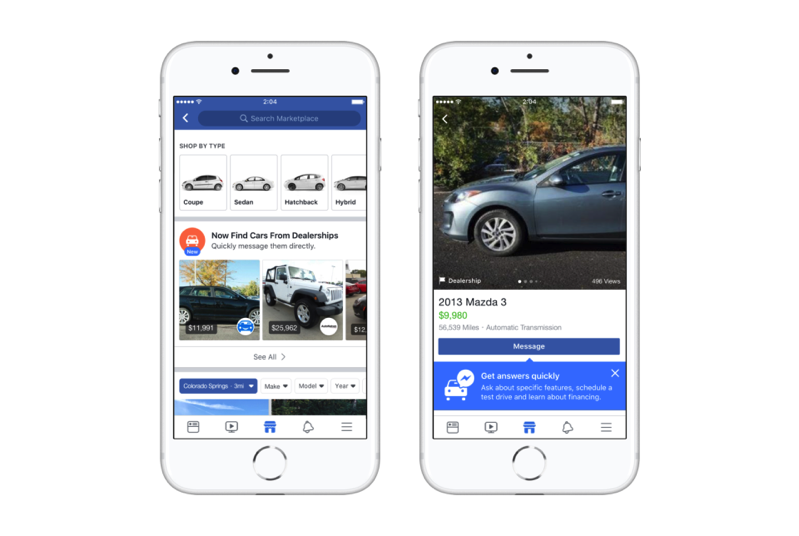 With Facebook Marketplace, car buyers can filter their search by year, make, model, mileage, vehicle type and transmission. Users will also be able to message dealerships in real-time via live chat providers, with Gubagoo, ActivEngage! and Contact At Once! supported in Canada (UK support includes Gubagoo and Contact at Once!).