Facebook has just announced its Messenger service has reached over 500 million monthly users:

Today more than 500 million people are using Messenger each month and we’re more committed than ever to make it the best possible messaging experience.

Messenger was the first of our standalone apps, and unlike our core Facebook apps, it focused on one use case – messaging. With Messenger, you can reach people instantly. It is just as fast as SMS but gives you the ability to express yourself in ways that SMS can’t. You can send stickers or videos, take selfies, chat with groups and make free calls. We’ve also continued to improve speed and reliability. Updates to Messenger ship every two weeks so it continues to evolve and improve. 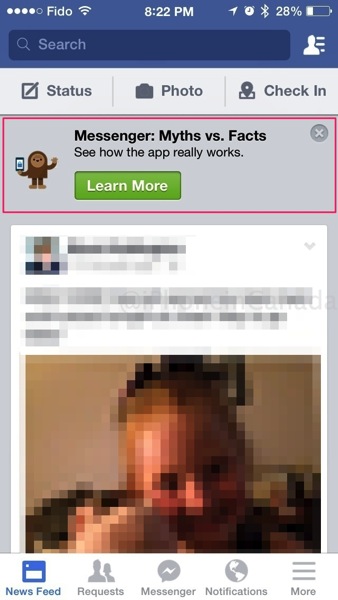 Facebook says now that over half a billion people use Messenger to communicate, “it is also a reminder that there is so much left for us to do.”

CEO Mark Zuckerberg previously explained why they forced users to download the Messenger app as a standalone app, noting it was required “to build a dedicated and focused experience,” while the company’s own data says users respond “20% faster” to each other when people use Messenger. Despite the company’s reasonings, angry users have punished the Facebook Messenger iOS app’s reviews in iTunes.