As pointed out by TechCrunch, Facebook Messenger has today received new FacePile read receipts on both iOS and Android apps, in the form of an animation that shows you whether your message is sending, sent, delivered, or read. Furthermore, Messenger now uses your photos of your friends’ faces instead of tiny gray text to show exactly who in the conversation has seen what.

Facebook’s Product Manager Lexi Franklin said, “What were really want is Messenger to feel like the fastest and most reliable mobile messaging product”. “We’ve done a lot of work on performance on the backend, reducing end-to-end latency…to improve efficiency on all device types”, he added. David Marcus, Facebook’s new head of Messenger believes speed is critical, saying “while most people don’t think about it, they can feel it”.

“Franklin admits “There are tons of things we’re thinking about so we can create cool experience.” First thing’s first, though. Make messenger the fastest and clearest way to chat. Facebook might want you to spend as much time as possible on News Feed. But Franklin says the goal of Messenger and its new read receipts is to let you send a message and know it was delivered as quickly as possible so you can put your phone back in your pocket.” 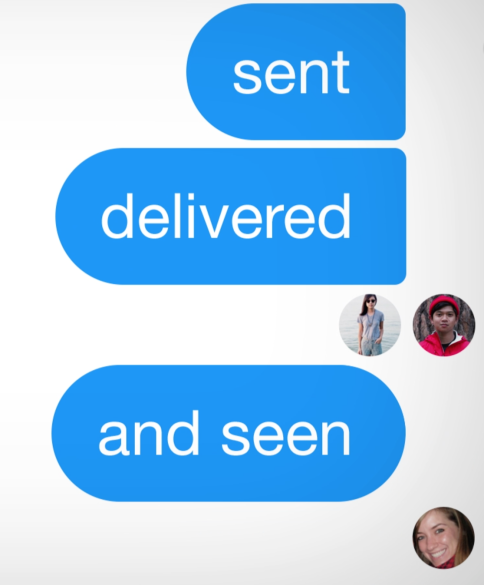 Facebook hopes doubling down on the core experience of chat will give it an edge as it fights a global war for messaging with the likes of WeChat, KakaoTalk, and Kik messengers.