Facebook is updating its Messenger app for iOS by making a number of small changes to the way content is organized on its home screen, in an effort to offer improved navigation (via TechCrunch). The update introduces new tabs at the top of Messenger’s main screen for quickly moving between your messages, active contacts, and groups. 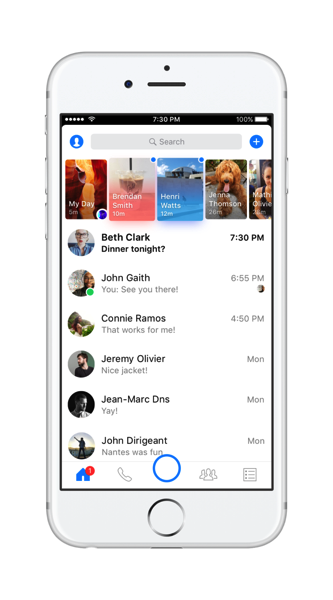 Facebook explains that the new design is meant to better highlight the many other ways that people connect and communicate, beyond text messages. The updated Messenger app allows you to visit other areas by using a red dot on various sections and tabs by letting you know when there’s activity. The update also relocates Groups from the bottom navigation bar to the a tab at the top of the screen, making it a less prominent feature in the redesigned app.

The updated bottom bar now has tabs for Home, Calls, the Camera button, People and Games. On iOS, there are labeled, too, where before they were just the icons. The update is rolling out now to Messenger worldwide on both iOS and Android.

New Twitter owner Elon Musk confirms that the revamped Twitter Blue verification system is to launch a week from today. On December 2nd, Twitter will begin manually verifying paid Twitter Blue subscribers. As part of this new system, two new verification checkmark colours will be introduced alongside the standard Blue. In a tweet, Musk revealed...
Steve Vegvari
46 mins ago