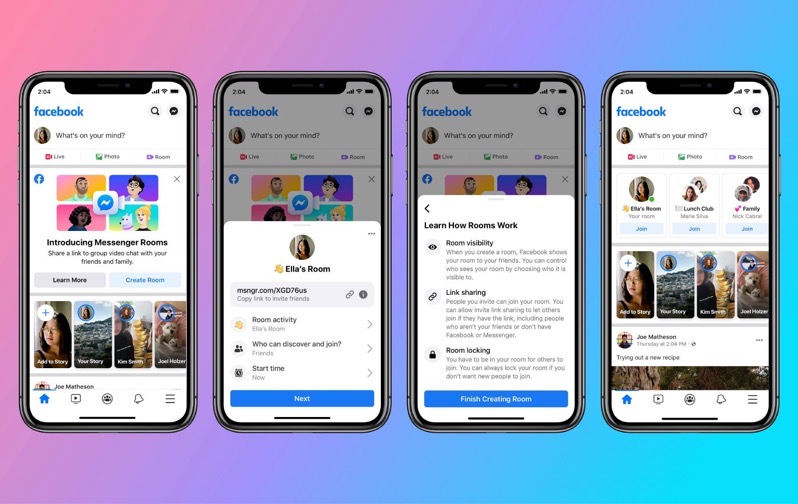 Facebook has announced Messenger Rooms is now available globally, allowing for group video chats with up to 50 people with no time limit. The group video chat feature was previously announced in late April, as way to connect with friends and family during the COVID-19 pandemic.

“Rooms can be created right from Messenger or Facebook and gives you the ability to share links to invite anyone to join, even if they don’t have a Facebook account,” explains the social network.

With Messenger Rooms, you can start and share rooms through your Facebook News Feed, Groups and Events, allowing people to drop in and out of your virtual room at anytime. Rooms can be secured so only those people you want can join.

Facebook says you’ll need the latest version of Facebook and Messenger on iOS and Android, along with latest versions of Messenger Desktop in the Mac App Store or Microsoft Store.

More features will make their way to Messenger Rooms over the summer, says Facebook, adding, “we hope Messenger Rooms will enable people everywhere to stay more connected with the people they love, no matter where they might be.”

Messenger Rooms looks to compete with Zoom but as a free group video chat option and also Google Meet, which similarly debuted this week.