Frustrated with your weather app? Don’t feel bad about deleting it, as Facebook is rolling out a full-fledged weather forecast feature within its mobile app and web version. 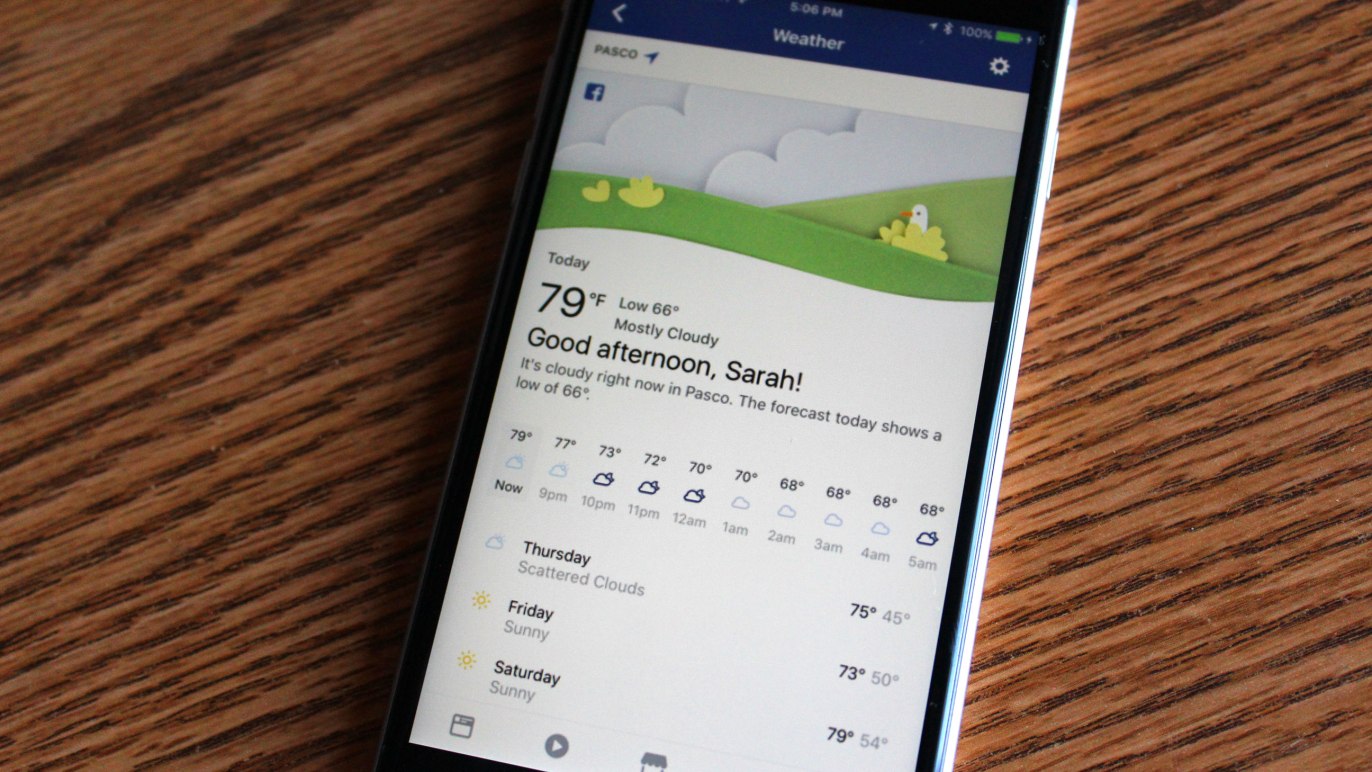 According to a new report from TechCrunch, the brand-new feature, an updated version of its earlier “Weather Greetings,” is accessible from News Feed or the mobile app’s “More” menu. Powered by data from Weather.com, the latest feature can display the weather report for the next seven days.

“We are doing this because our goal is to develop products that connect people to the things they care about most and create moments of joy in people’s day, like simply telling you that it’s going to rain later,” a Facebook spokesperson said.

The forecast will be made on the basis of your current location, by default. Like other weather apps, it will also give an option to users to search for other locations. Users can also choose Fahrenheit or Celsius options. Weather forecasts are displayed by hours, along with general information like partly sunny, partly cloudy, rainy etc, for upcoming dates.

Facebook will also update the cartoon display on the top of the page according to the weather. For example, you can see a deer hiding under a tree in rainy weather, or a bird in a sunny day.

The social media giant is also planning to provide an option for users to receive notifications for weather updates. The feature is currently in testing phase and is expected to be available by the end of the month.