Social networking giant Facebook brought 3D Touch support to its iOS app for the latest iPhone 6s and 6s Plus in October last year, but the app has only offered new status update and upload photos feature via the “quick view” shortcut that pops up when you press down on its home screen icon.

The source notes that the new 3D Touch features for Facebook will be rolling out only to “a small group of people beginning today,” with everyone else getting it “over the coming months”, which is obviously not great news.

Yes, that’s months. Not days. Not weeks. Months. Phased rollouts have become common for Silicon Valley’s biggest companies (Apple excluded), but they’re starting to get really frustrating. Some iPhone 6S users will have it, and others won’t. The app will behave differently on the exact same hardware — for months. That seems ridiculous.

Since 3D Touch debuted last fall for Facebook for iOS, it has also recently added a shortcut to View Profile: 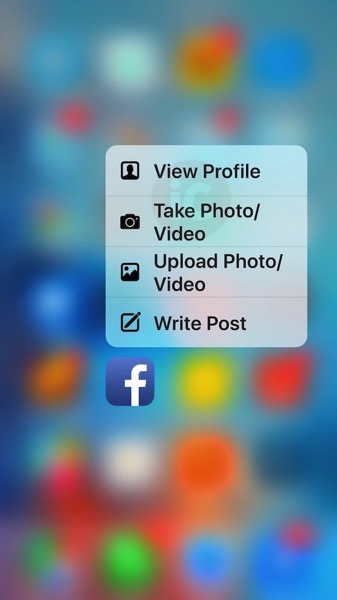 As to why Facebook is cautious about rolling out the new 3D Touch features, remains a mystery, especially with more and more apps adding support for the latest iPhone feature.

Update Jan. 23, 2016: We got a pop-up on Facebook that said the feature is available–but it doesn’t work on our iPhone 6s Plus. 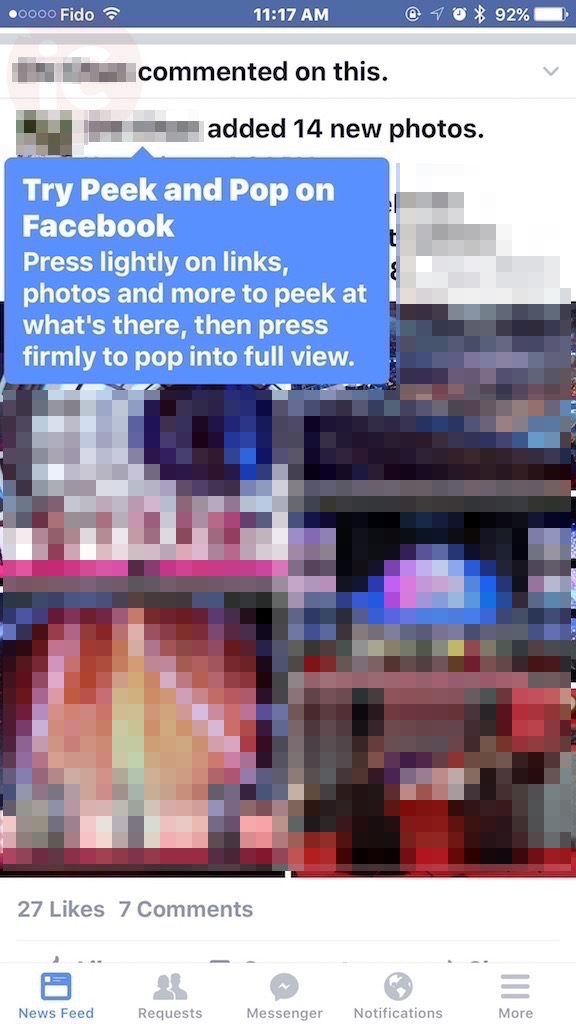