Facebook Launches Mobile ‘Nearby Friends’ Feature to Discover People Nearby

Facebook today has announced the launch of their own version of what you could call their version of Apple’s Find my Friends but their version is called Nearby Friends, which enables users to discover friends close by. The feature is set to rollout to iPhone and Android users in the U.S. in the coming weeks (Canadians, don’t cry):

Today we are beginning to roll out a new feature called Nearby Friends that you can choose to turn on. Nearby Friends helps you discover which friends are nearby or on the go. 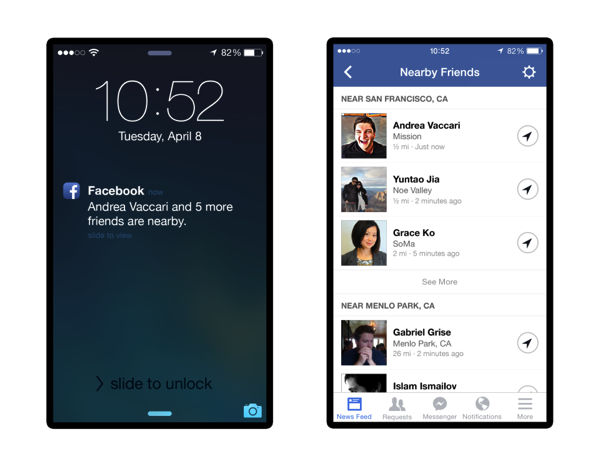 Nearby Friends is an optional feature and you have full control whether or not you want your location shared. A cool feature is the ability to share your precise location with a friend for a set period of time—that way you won’t feel like you’re being stalked 24/7: 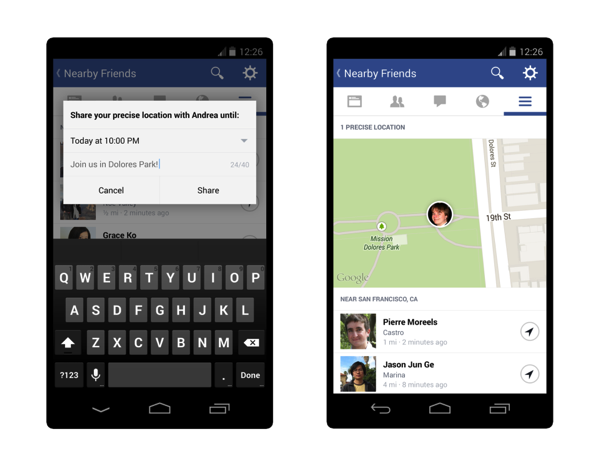 Nearby Friends was created by the former founders of a similar location startup called Glancee, which Facebook acquired a few years back. Andrea Vaccari told Re/code the feature won’t share your exact location, but rather let people know how far away you are from them. Only if you want to share your exact location, that is when you can for a predetermined amount of time.

No word on when this opt-in feature will expand outside the U.S., but one would think it would happen eventually to make it a mainstream feature.