Meta formerly Facebook has today announced the creation of a new engineering hub in Canada based in Toronto, alongside increased hiring across Canada. This is expected to create up to 2,500 new jobs over the next several years. 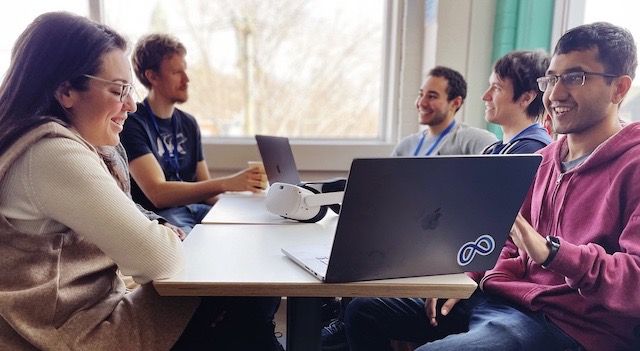 The majority of roles are engineering-focused and expected to “span across building extended reality experiences and Meta technologies,” notes the company, adding that recruiting is already underway.

“These new, highly-skilled jobs will offer a blend of in-office and remote work options, creating economic opportunity for Canadian talent in every region of the country,” notes Meta. “The country is home to a vibrant pool of tech talent focused on building innovations that have the potential to change the world.”

Today, we’re also announcing an additional $510,000 in unrestricted grants to 17 Canadian research labs working on research that will advance innovations needed to build the metaverse. Unrestricted grants provide maximum flexibility for labs to pursue their mission, and once published, their research becomes publicly accessible to drive further innovation across the industry.

In the past, Meta has committed nearly $1 million of unrestricted funding to Canadian universities from coast to coast.

Apple has shared a handy new tutorial on its YouTube support channel, detailing how iOS 16 lets you use a Memoji sticker as your profile picture in Contacts. You can easily create a Memoji in iOS to match your personality and mood, and then send it in Messages and FaceTime. With a compatible iPhone or iPad...
Usman Qureshi
13 mins ago

In a series of tweets posted today, Twitter CEO Elon Musk has accused Apple of hating free speech in America as the company has seemingly stopped advertising on the platform. "Apple has mostly stopped advertising on Twitter. Do they hate free speech in America?,” Musk tweeted. He followed up with another tweet mentioning Apple CEO...
Usman Qureshi
24 mins ago

Uber Canada has renewed its commitment to Driving Change, a multi-year, multi-million dollar campaign where the ride-hailing giant partners with leading sexual assault and domestic violence partners around the world. In Canada, Uber is extending its ongoing partnerships with YWCA Canada, WomanACT, EVA BC, and Le Chaînon with $450,000 (CAD) over the next two years....
Usman Qureshi
50 mins ago