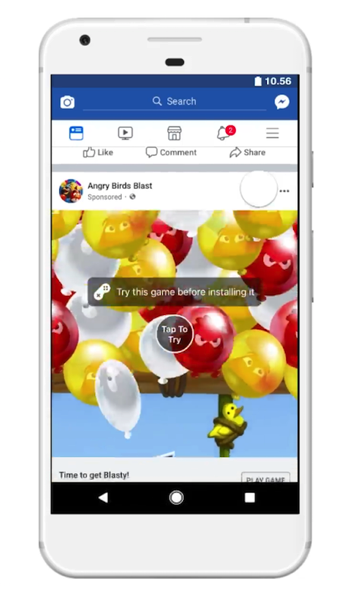 In an effort to allow gamers to try before buying or downloading a game, Facebook is introducing new ‘playable ads’ that let gamers experiment with a game right from their Newsfeeds. These ads will also help advertisers drive “higher-intent installs” from people who have tried with the game and are therefore more likely to play after installing.

The new playable ads will be available to all advertisers using the app install objective for ads in Facebook Newsfeed starting today. At the same time, Facebook is also testing “retention optimization” with select app advertisers to help them reach highly engaged players.

Lastly, Facebook will also roll out “minimum ROAS bidding” over the next few weeks, that will let advertisers set a minimum spend to find the players most likely to make in-app purchases and eliminate spend on connecting with players less likely to engage.