Facebook for iOS Launches ‘Profile Videos’ for Users in Canada

Last fall, Facebook announced it was testing profile videos for users, instead of static images, as part of testing within small groups in the UK and California. The ability to have a looping video instead of a profile picture just looks cool.

As of yesterday, the feature has started to roll out for Facebook iOS users in Canada, as a notification now asks users to “Bring Your Profile to Life” with a profile video: 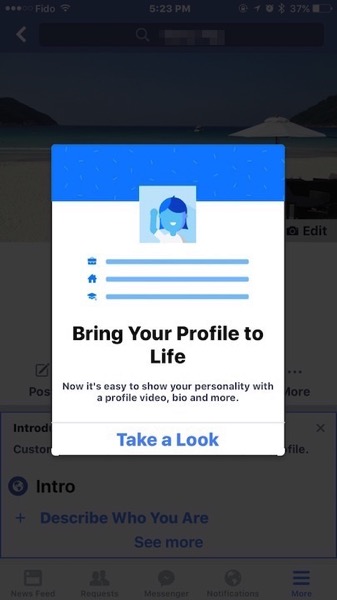 Facebook says short, looping videos will be available for anyone to see who visits your profile and adds “a new dimension” to profiles.

How to add a profile video to your Facebook?

Launch the Facebook iOS app, go to your profile page, then tap the ‘Edit’ icon on your profile picture (which now flashes between a camera and video camera icon).

From here, you’ll then have new options to “Take a New Profile Video” or “Upload Video”. Either take a new video or choose one from your Photos library and bam, that’s it. 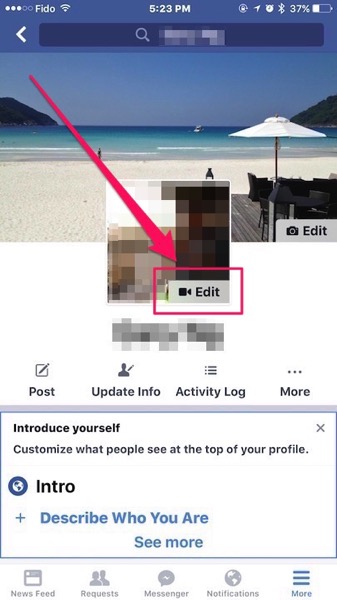 Let us know if you decide to update your profile picture to a profile video instead.

Back in September, Pluto TV announced it would be launching in Canada in December and as of today, the free ad-supported streaming TV service is now live. This new Free Ad-Supported Streaming Television (FAST) service is from Paramount Global, with Corus Entertainment Inc. as its Canadian partner. Pluto TV says it is the world’s leading […]
Gary Ng
32 mins ago