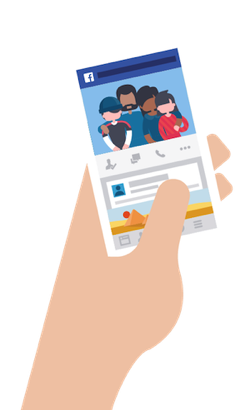 Facebook has today announced the launch of a new Facebook Parents Portal, that features new resources for parents on the social network. According to Facebook, the new portal is aimed at assisting foster conversations among parents and their children about staying safe online. The new Facebook Parents Portal is now live and can be accessed at facebook.com/safety/parents.

“Keeping you and your information safe is at the core of everything we do. Whether you have a personal account or your teen does, we’ve compiled some basic information and tips to help you get the most out of your experience and help your child navigate theirs. We’re also pleased to connect you with online safety organizations around the world that offer additional resources specifically for parents”.

The portal features step-by-step videos and is available in over 55 languages around the world. It also provides some handy links, tips and tricks to help parents get the most out of their experience, and have a successful conversation with their child about online safety.

The website also lets parents connect with online safety experts from around the world who offer resources for parents. For more information, hit up this link.