New Facebook Feature Allows You to ‘Save’ Links, Places, and Media Pages for Later

Facebook has launched a new feature called ‘Save’ to allow users to save links, places and media pages for later access, similar to read-it-later type services but accessible within the social network itself. 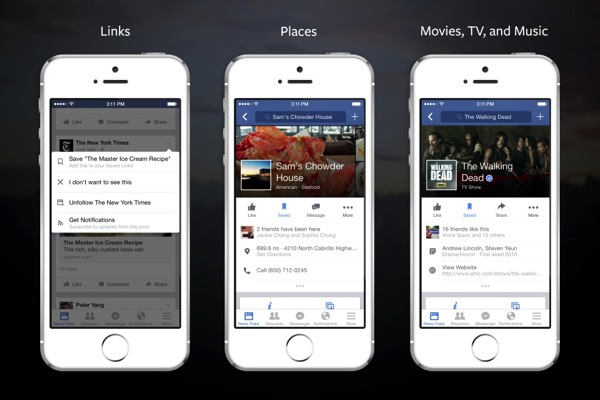 Once items are saved, they will be accessible via the ‘More’ tab via a new category titled ‘Saved’. This list will be accessible from any device including the web. Items can be shared by swiping right within the iOS app or to be archived.

Facebook says they will also ‘sometimes’ show you reminders of your saved items within your newsfeed and the feature will be rolling out to iOS, Android and the web over the next few days.

Anyone interested in using this? It might be handy to keep track of any interesting places you see where your friends are visiting on vacation while you’re stuck at work.