Facebook has announced the launch of ‘Say Thanks’, a new feature that allows users to send personalized videos to friends:

Share a Say Thanks video with a close friend, your significant other, a relative, a coworker, an old friend – or anyone else in your life who you’d like to celebrate. There is no limit to how many personalized videos you can create and share.

The feature is available within the mobile app on iOS, or by visiting this page (set to go live soon) where you can customize the video. You’ll be able to then send it to your friend by posting it to their wall, where it’ll show up on both of your timelines. 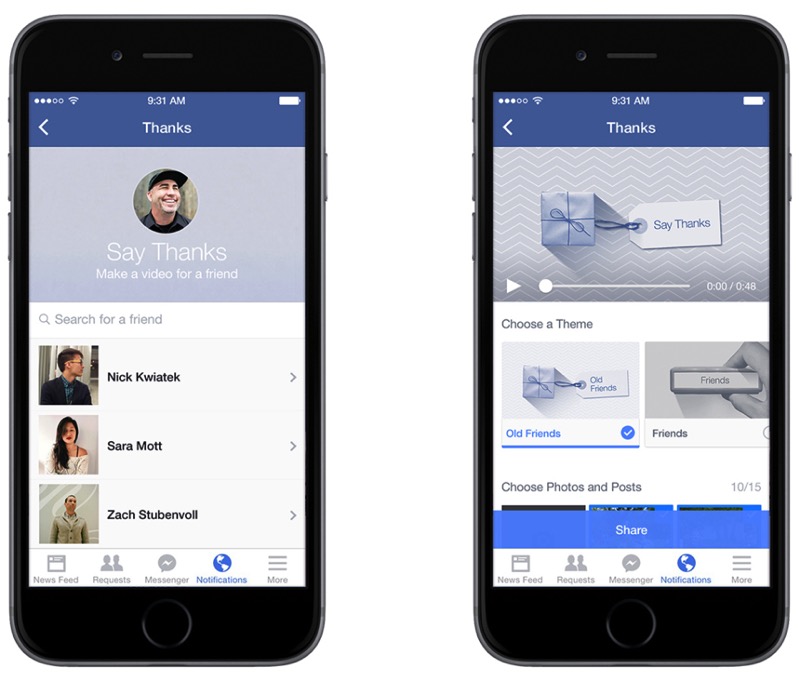 Facebook says the feature is rolling out today on both desktop and mobile for users, and will support English, French, German, Indonesian, Italian, Portuguese, Spanish and Turkish.

The social network recently announced new options for users to control their News Feeds. There are 703 million mobile daily active users on average as of September 2014, out of the overall 1.35 billion monthly active users as of the end of September.

Let us know if you’re going to give this a try. Thanks Facebook for giving users more reasons to spend time on Facebook. And thanks for being my friend, friends.

Amazon has revealed its offering of free games arriving for Prime Gaming members. This month, subscribers can gain access to eight titles and new in-game content to a series of ongoing games. December sees Amazon host one final month of free games for the year. Closing out 2022, Prime members can redeem and play Quake,...
Steve Vegvari
36 mins ago