Facebook Launches Snapchat-Like Camera in Canada, for the Rio Olympics

Facebook looks to be ‘borrowing’ more ideas again from Snapchat. First it was Instagram getting their new ‘Stories’ feature, and today in Canada and Brazil, we’re seeing a new camera feature debuting in time for the Rio Olympics. 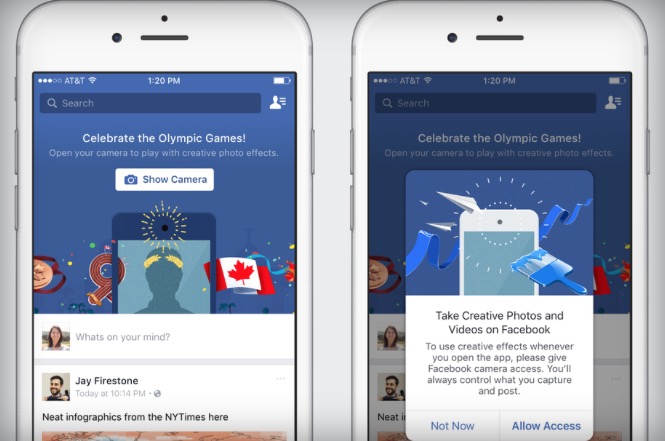 The camera launching today, integrates features from the social network’s recent acquisition of Belarusian startup MSQRD, to bring stickers and filters to images and video when sharing to your news feed. There are country-themed stickers and filters, allowing you to jazz yourself up for Team Canada.

Canadian Facebook product manager Sachin Monga told The Verge they wanted to make it easier to share photos and videos as it’s been “super cumbersome” in the past, such as sharing something simple like the Canadian flag:

“You’d have to go to Google Images, find and download a stock photo of the Canadian flag, come back to Facebook, and in between maybe go to Photoshop or something to add [an effect]” 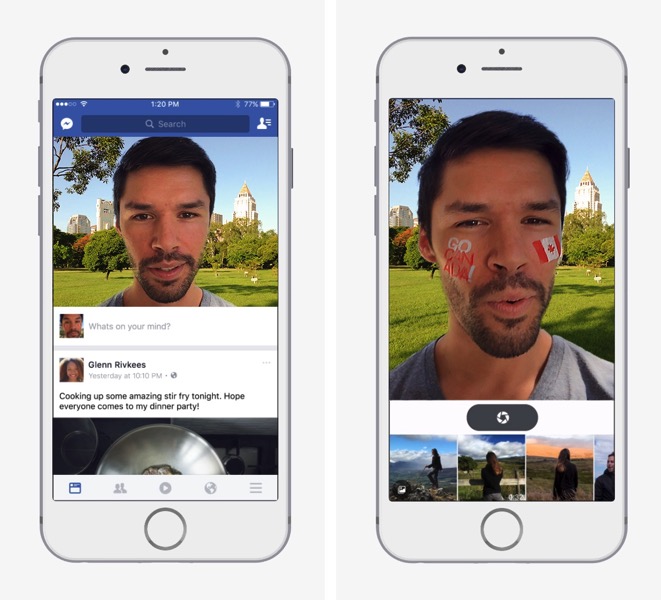 Facebook says the new camera is being tested on iOS and Android in Canada, and for iOS users in Brazil, with future plans to “eventually” launch it across the world. We’re not seeing this yet–are you?