Facebook Unveils Cleaner Newsfeed Redesign for iOS and the Web

Facebook introduced a redesigned news feed today with a user interface inspired by mobile and taking advantage of visual content sharing. According to Mark Zuckenberg the redesign aims for Facebook to provide a “personalized newspaper”, as users want updates from friends as well as publications. 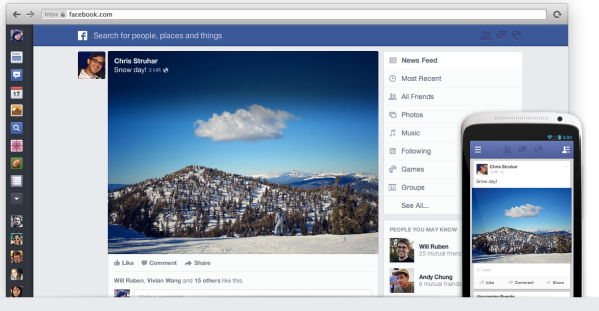 “Today we’re announcing a new version of Facebook designed to reduce clutter and focus more on stories from the people you care about. You see all the stories you saw in your News Feed before, but with a fresh new look. We’ve completely rebuilt each story to be much more vibrant and colorful and highlight the content that your friends are sharing. Photos, news articles, maps and events all look brighter and more beautiful.” 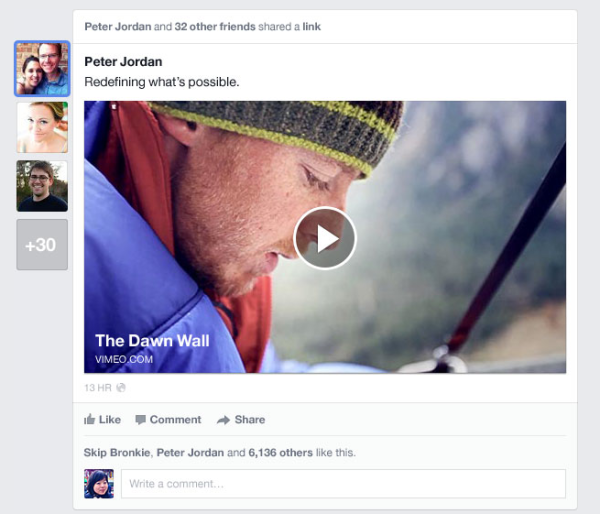 As the majority of posts are photos and visual content, the new design brings larger photos and albums. The articles have also been expanded and will include the logo of the publication alongside a more complete summary.

Since users are eager to grab every story, Facebook introduced several news feeds to explore. In addition to what we have today, you’ll also have access to these feeds: All Friends, Photos, Music, and Following (a feed with the latest news from the liked Pages or followed people).

In addition, the news feed will have similar look and feel whether it is accessed on the desktop, smartphone or tablet.

For those interested in getting early access to the redesigned and improved new feed on the desktop, you can sign up for a waiting list – just scroll to the bottom. The smartphone and tablet versions will be published over the following weeks.