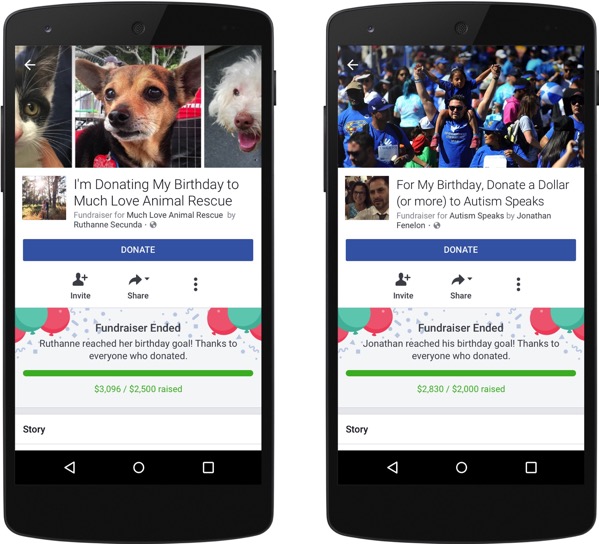 Facebook has just announced two new birthday experiences that the social networking giant hopes will make birthdays even more meaningful while you’re celebrating on Facebook. For those in the US, Facebook is introducing the ability to create a fundraiser for their birthday. Two weeks before their birthday, users will see a message from in their News Feed giving them the option to create a fundraiser.

People often dedicate their birthday to support a cause, and we’ve seen people using Facebook to raise money for causes they care about. You can create a fundraiser for any of the 750,000 US nonprofits available for fundraising on Facebook. Your friends will receive a notification inviting them to support your cause in honor of your special day.

Additionally, Facebook is also giving people the opportunity to share a birthday wish with a close friend on their special day with the help of new ‘shareable birthday videos’, made especially for you and your close friends. These videos will be shown to you on the day of a close friend’s birthday.

Just like the popular Facebook friendship videos, the birthday videos will also pull together images and videos of your friend and add them to colorful little animated scenes.