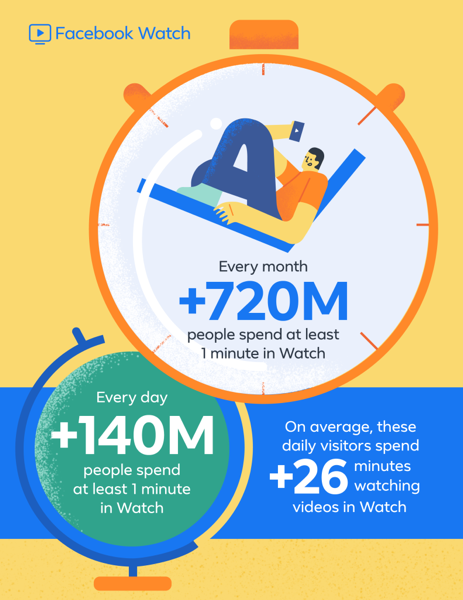 Today, Facebook announced Watch in Canada will be getting ad breaks, for both videos in English and French, which seeks to bring more ad revenue for the social media company and payouts for creators. It also means you’ll start seeing more ads when you watch videos.

Other updates today for Facebook Watch include making it easier to join Groups based on videos you’re watching.

Also, Facebook says Ad Breaks will debut for five new languages in the “coming weeks”: Kannada, Marathi, Punjabi, Swedish and Telugu. Over the past year, Facebook says Pages using Ad Breaks have “more than tripled”, with those earning over $1,000 in a month increasing by 8x and Pages making over $10,000 per month jumping by 3x.

“There’s always a lot happening with Watch, from amazing new videos that spark conversations, to creators and publishers that inspire fans. We’re committed to making Watch the best place for everyone around the world to discover and watch videos together,” explained Facebook in an email.

After iOS 16.1 beta users discovered Adaptive Transparency enabled for the original AirPods Pro and AirPods Max, we’re now finding out this is actually a “bug”. That’s according to what Bloomberg’s Mark Gurman shared on Monday morning, citing the MacRumors report. “I’m told this is a bug,” said Gurman in his retweet. He later clarified the […]
Gary Ng
40 mins ago