As the world gets its act together to bridge the gender gap and debate women-related issues, the International Women’s Day was the most-talked about moment in 2017 on Facebook with conversations around the subject doubling from last year. 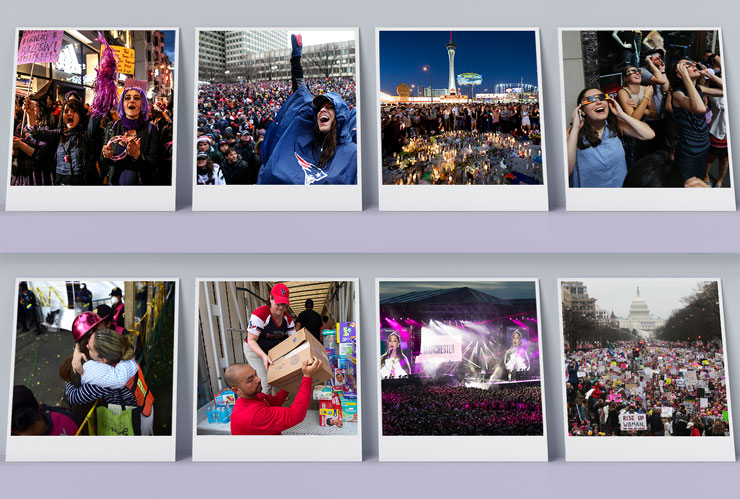 To determine its most “talked about” moments of the year, Facebook examined the number of times users employed keywords or status updates related to a moment on a single day throughout the year — and then looked for moments that had significant jumps in discussion from last year to this year.

The review revealed that International Women’s Day was the most-talked about topic on the network all year and that the Women’s March on Washington constituted the largest Facebook event for a cause in 2017.

With more than 262 million views on the social media platform, Super Bowl 51 grabbed the second spot, followed by the Las Vegas shooting that left 58 people dead and 546 injured.

Additionally, Facebook ranked the top three moments in which people came together to support one another in times of crisis and need. “2017 was a difficult year with natural disasters and violence around the world, but it was inspiring to see people help each other when they needed it most,” reads the list.

The massive September earthquake in Mexico drove the highest number of total interactions within Crisis Response on Facebook of the year, with millions of users to mark themselves safe, offer aid, or donate money to relief efforts on Facebook.

During Hurricane Harvey on Houston in late August, the community rallied to help those in need by raising more than $20 million USD, in the biggest fundraising effort for a single crisis in 2017 on Facebook.

The “One Love” concert supporting the victims of the Manchester bombing was the most viewed video and live broadcast on Facebook in 2017.

Finally, the Total Solar Eclipse in the United States and the Women’s March on Washington D.C. were the top two ways in which people connected outside of Facebook by creating offline events.

Facebook is also rolling out personal “Year in Review” videos for users starting today. Just head over to facebook.com/yearinreview to access yours.