In an attempt to revolutionize the way Canadians access the country’s military history, a Calgary-based tech company is developing a mobile app called ‘Faces of Valour,’ which will let users to hold their phones next to a veteran’s gravesite and access information and photos of that veteran (via Calgary Herald). 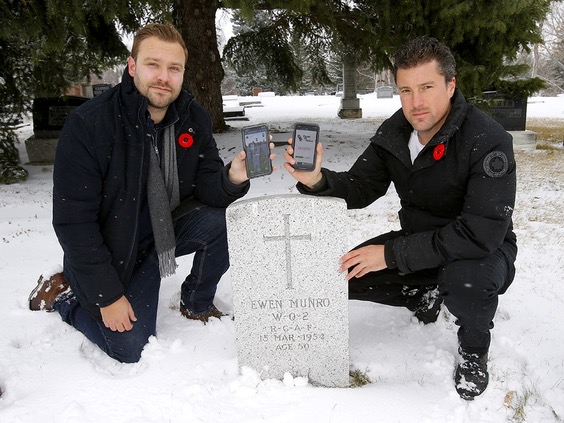 Ryan Mullen and Matthew Cudmore from Memory Anchor are in the final testing and development phase of the upcoming mobile app. Faces of Valour, which will be available to users as a free download in the spring of 2021, will bring together information from the Commonwealth War Graves Commission, Veterans Affairs Canada, and other sources.

Canadians will be able to “see the story behind every gravestone” using the app through virtual tours of select cemeteries in Canada as well as in the U.K.

“The idea was, ‘what can we do to create this deep, empathetic connection?’ How can we bring stories to life for people, so people can see there’s so much more than a headstone here?” said Mullen in an interview. “That’s how we got the idea of using geospatial technology and augmented reality to bring those stories and pictures actively to people live at a gravesite.”

The first version of the app will include content that can be accessed by visitors to Beechwood Cemetery in Ottawa and Brookwood Military Cemetery in Surrey, England.