FaceTime to be renamed? 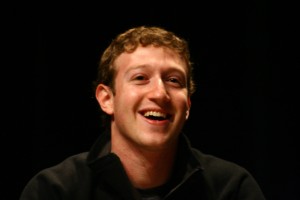 OK, OK – a bit of an “April Fool’s” headline but beneath the crazy sounding question does indeed lie an interesting fact.

Effective today, the U.S. Patent and Trademark office has provided Facebook with a “Notice of Allowance”, which for all intents and purposes permits Facebook to trademark the word “Face”.

You can no longer use the word “Face” without paying Facebook or risk being thrown in jail for breach of trademark.

OK – perhaps I’m being a bit facetious here (ummm…no pun intended!) as the article does goes on to comment:

…todayâ€™s status update bodes well for Facebookâ€™s hold over â€œFaceâ€ usages in â€œTelecommunication services, namely, providing online chat rooms and electronic bulletin boards for transmission of messages among computer users in the field of general interest and concerning social and entertainment subject matter, none primarily featuring or relating to motoring or to cars.â€

But it seems to me that FaceTime is exactly that – “telecommunication services, namely providing online chat rooms”. Would this potential trademark indeed force Apple to change the name of their fledgling face-to-face chat product?

I suspect it’s much more complicated than simply paying the fee – as the Techcrunch article does allude to – but the entire concept of it actually coming to reality blows me away.

Once precedent is set, will Microsoft finally be able to trademark their “Windows” name, which they tried on numerous occasions to do? What about “Apple” itself? Will Steve force supermarket chains across the country – nay, the world – to change their advertising to “Pomaceous fruit – 3 for $1.00!”?

I loved the comment I read on another site today – and my apologies to that site which I can’t recall offhand; I’ll quote it if I can find it again – talking about Microsoft’s oft-tried attempt to trademark the word “Windows” in the 1990s and failed. The blogger simply wrote “We’re a lot stupider nowdays!”