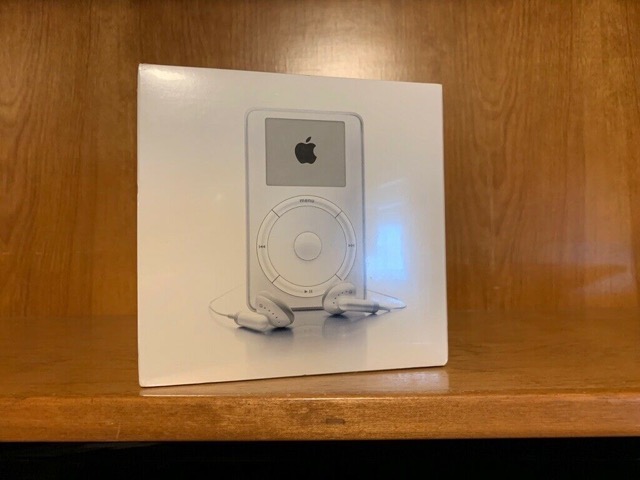 The iconic device was first introduced to the world by the late CEO Steve Jobs back in October 2001. As noted by MacRumors, the super rare first-generation factory sealed iPod is being sold over 50 times more than its actual price of $399.

“It’s hard to say exactly how many factory-sealed original iPods are still in existence, but there are likely not many, and they rarely go on sale. When they do, they often fetch large sums, with the $19,995 price for this listing in line with an original iPod that reportedly sold for $20,000 on eBay back in 2014.”

The original iPod being offered for sale features a 5GB hard drive, a two-inch grayscale LCD screen, up to 10 hours of battery life, a FireWire port, and a scroll wheel for “simple, one-handed navigation.”

While you contemplate making an offer on the eBay listing, here’s a throwback to Steve Jobs’ keynote from 2001 unveiling the original iPod.