According to Reuters, the bustling city of Shenzhen in China, a proliferation of counterfeit Apple Stores have emerged ahead of this Friday’s iPhone 6s launch:

Most of the stores in the roughly 1 km shopping corridor are unauthorised “fakes” – although they are selling genuine Apple products – and their numbers have mushroomed ahead of the release on Friday of the iPhone 6S and iPhone 6s Plus.

The publication counted over 30 of these unauthorized resellers, which depict Apple logos on the outside, down to the blue t-shirts worn by employees. Fake iPhone 6s units are available for as low as $91 USD, which run a version of Android skinned to clone iOS 9. 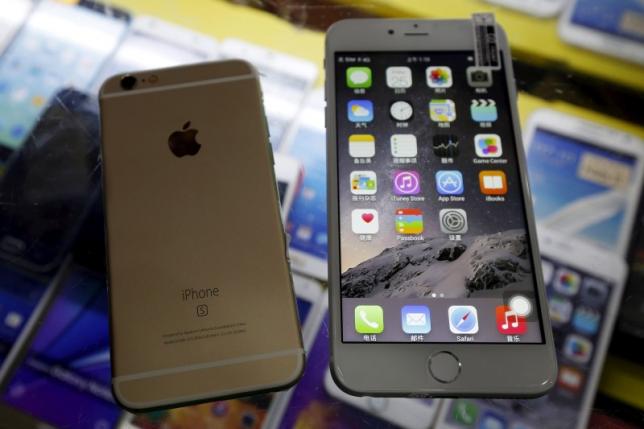 For these opportunistic sellers, there’s money to made during iPhone launches, with many people willing to pay a premium to get the device first, which definitely helps those obsessed with status:

“There are many Apple fans in China,” said a clerk surnamed Zhao at one of the unauthorised dealers that opened just two weeks ago. “There are many silly people in China who are willing to pay extra money just to get a new iPhone ahead of everyone else.”

Apple has one retail store in Shenzhen and five authorized resellers. While this isn’t the first time we’ve heard of knock-off Apple Stores in China, the boom of unauthorized stores suggests the some of the country’s citizens are willing to spend cash for iPhones–real or not.