Number of Fake Apple Stores in China Continues to Decline

According to a Reuters report, the number of fake Apple stores in China, especially along a busy street of gadget outlets in the southern city of Shenzhen, has declined by about a third from over 30 in the past few months, with most being replaced by unauthorized stores selling Huawei, Xiaomi, Oppo and other locally branded smartphones. 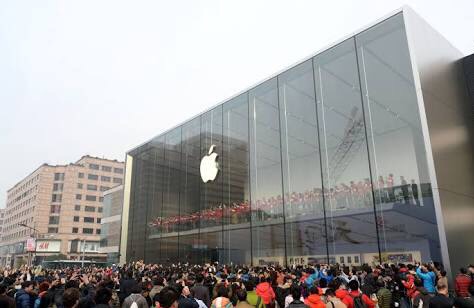 It is currently  unclear whether the decline in the number of fake stores is due to any pressure by Apple to prevent counterfeiting of its brand. Apple’s sales in China have grown 84% in the year through September, though with the country’s economy growing at its slowest pace in a quarter of a century last year, it is being speculated that consumers are not spending as much. “It’s not as cool as before to have an iPhone,” said Cai, a 23-year-old assistant at one of the remaining copycat Apple stores.

To be sure, copycat outlets represent just a small fraction of Apple’s sales in China, where it also sells handsets through mobile carriers and its own official stores. But they can be a useful gauge of demand. And the frequency at which these tech shops switch brand loyalty also reflects how fickle Chinese buyers can be, and underscores how fierce competition is in the world’s largest smartphone market.

Apple is expected to report later today its global iPhone sales, which may reflect its slowest growth and far from the double-digit growth investors have come to expect.