How ‘Fall Guys’ Became the Videogame Sensation of the Summer

Seen those little jellybeans running around on streaming platforms and YouTube recently? You’re not the only one — Fall Guys is huge. 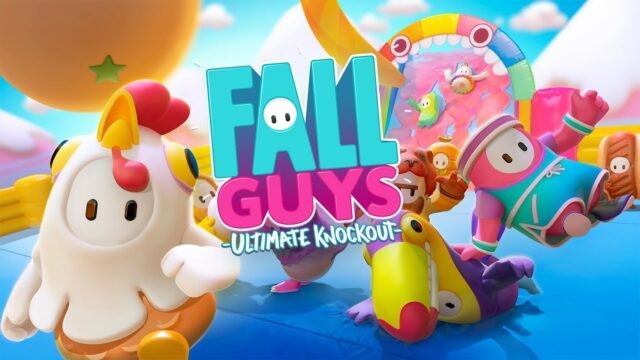 Fall Guys: Ultimate Knockout has quickly become the latest video game sensation of the summer, attracting millions of players within just a month of its release. With a simple battle royale setup that pits up to 60 players against one another, the game takes inspiration from classic competition TV shows like Takeshi’s Castle and Total Wipeout.

Basically, each player is a jelly bean-like avatar that attempts to make its way though a series of obstacle courses without getting eliminated in order to win a coveted prize: crowns.

Despite the game’s simplicity, it’s become the biggest video game sensation of the summer, selling over 7 million copies on PC and becoming the most-downloaded title on Sony’s PlayStation Plus subscription service of all time.

“I think success on this scale is inherently unpredictable and not something you can truly plan for — it’s been quite surreal,” Paul Croft, co-founder and chief games officer of Mediatonic, told CNBC. “But it’s been amazing to see so many people playing and enjoying the game across the world.”

There are a number of factors crucial to Fall Guys‘ success, reads the CNBC report. One factor is the game’s inclusion in Sony’s PS Plus, a subscription service that gives players access to two free games each month.

Another factor is the game’s simple control scheme — all you do is run, jump, and grab — which makes the game accessible to many more potential players of all age groups.

“Fall Guys has really flourished in this environment because, at its core, it is a simple, family-friendly game,” Louise Shorthouse, games industry analyst at Omdia, told CNBC. “Unlike traditional, violent battle royale titles, Fall Guys appeals to all ages, and is approved by parents.”

The virality of Fall Guys on streaming platforms like YouTube and Twitch has also been a huge boon to the game’s success — the game was watched more than Fortnite across Twitch, YouTube, and Facebook last month, with more than 118.5 million hours of watchtime.

“Fall Guys is made to be streamed — it is a ‘TV show’ after all,” said Piers Harding-Rolls, head of games research at Ampere Analysis. “The game session length is perfect to keep viewers interested and streamers can squad up and play together. It’s great content and easily understood, adding to its organic growth.”

Fall Guys doesn’t yet support cross-play between other consoles or PCs, and the game is only currently available on the PS4 and PC.

At the moment, we’re still figuring all of that out,” Mediatonic’s Croft said. “It’s clear that people would love Fall Guys to be on more platforms, and we would love to bring it to them. We hope to be able to announce more details soon, when we know more.”

In the neverending sage between Microsoft and U.K. regulators, the UK’s Competition and Markets Authority (CMA) has published its provisional conclusion and suggests Microsoft remove Call of Duty from its proposed $68.7 billion USD (roughly $94 billion CAD) acquisition of Activision Blizzard. The U.K. regulators believe that Microsoft's successful acquisition could “result in higher prices,...
Steve Vegvari
20 mins ago

Tesla CEO has announced his intentions of outlining a third iteration of his 'Master Plan' for the company. Nearly a full year after stating he was working on a new plan, Musk aims to produce an outline for a more sustainable future. In a Tweet, Musk stated, "Master Plan 3, the path to a fully...
Steve Vegvari
57 mins ago