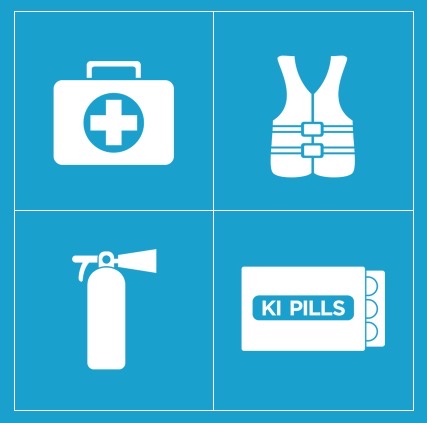 People thought the “incident” affecting those within a 10 kilometre radius was serious, but quickly turned out to be an error.

But that hasn’t stopped people from preparing for the worst, according to CBC News:

Although the mistake left some people fuming, others stepped up their planning for a real emergency.

Between Sunday morning and Monday afternoon, 32,388 orders were placed for potassium iodide tablets through Durham Region’s Prepare To Be Safe website, which is jointly managed by the City of Toronto and OPG.

Typically, OPG says, between 100 and 200 orders are placed per month.

Those within 10 kilometres of nuclear power plants in Ontario get these sent out automatically and also free at select pharmacies.

“In the very unlikely event of a nuclear emergency and a release of radioactive iodine to the public, KI pills will help prevent the development of thyroid cancer, and are especially effective at safeguarding children’s thyroid glands. It is important for each household to have a supply of these pills because they are most effective if taken just before or soon after exposure to radioactive iodine,” explains the Ontario Power Generation website, Preparetobesafe.ca.