Fantasian, a new role-playing game from Final Fantasy creator Hironobu Sakaguchi, is launching soon exclusively on Apple Arcade. It features turn-based battles, an amnesiac hero, a cast of pretty protagonists on interweaving adventures, and much more (via Polygon). 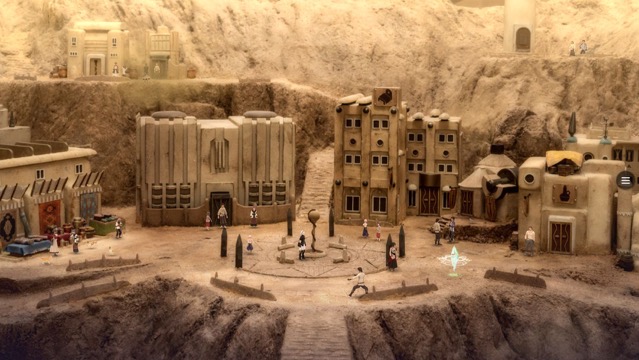 The new RPG was built using more than 150 handcrafted physical dioramas, with the game’s 3D characters overlaid on top of them. “The miniatures-based environments give the game a unique sense of charm and warmth,” said Sakaguchi in an interview.

Fantasian features a system that twists how players deal with random monster encounters. Sakaguchi calls it the Dimengeon system, which is a mashup of dimension and dungeon, and it sends the monsters that players encounter to an alternate dimension. Players can then jump into a Dimengeon whenever they want to wipe them out.

Sakaguchi said Fantasian was partially inspired by his own work on Final Fantasy 6. He and some of his colleagues who worked on that game replayed it on Nintendo’s Super NES Classic a few years ago. “That really renewed my interest and love in this classic JRPG genre, and gave me an opportunity to return to my roots,” Sakaguchi said.

Fantasian is set to release sometime in 2021. In the meantime, check out the trailer above and tell us what you think.