You never know when an iPhone charging cable might come in handy, so you may want to own at least two: One for daily usage, and the second for other situations . . . such as cutting off the umbilical cord of your newborn child.

Actually, I would never have imagined a situation like the above, but you know, reality defeats imagination: A Weyburn, Saskatchewan, couple have just had a baby in their car while driving to the hospital for delivery, and the father – through lack of other hygienic objects – used his iPhone charging cable to cut off the umbilical cord (via CBC News).

Bikram and Jaspreet Sandhu really hoped she would give birth to their second child at the local hospital in Regina. The contractions started at around 3 a.m. on Wednesday, and the couple were confident they would have plenty of time to get to Regina. By the way, the due date was a week earlier.

They didn’t make it.

They were only 50 kilometres away from their destination – the temperature outside was about -15 C and it was snowing – when their second child decided that he was anxious to see the world. Bikram pulled over to the side of the highway and helped his wife give birth to the child.

There was one tense moment when they realized that the child’s umbilical cord was around his neck, but Bikram was able to move it and they then heard their boy’s healthy cry for the first time. 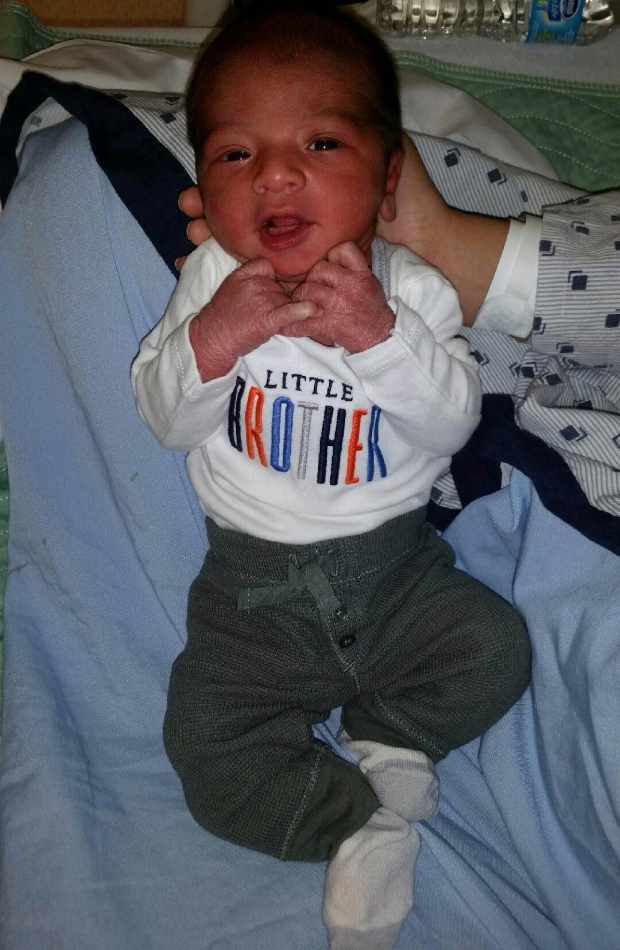 He called 911 and received instructions for how to tie-off the umbilical cord. And here is where Apple comes into the picture: The operator suggested using a shoe lace, but Bikram hesitated, since his laces may have been dirty. Instead, he used the charging cable of his iPhone.

This is a story with a happy ending: The ambulance arrived 25 mins later, the boy is fine, and his parents are happy.