An all new cloud based note-taking service has been introduced by Fetchnotes (via Tech Crunch) with apps for iOS, Android, OS X and Windows platforms. Simplicity and ease of use is what sets it apart from other similar note taking apps. Instead of having important items at the top or color-coded, Fetchnotes relies on hashtagging the items in your lists, just like Twitter. The app also lets users push notes and to-do items to other Fetchnotes users using another common Twitter-like convention, their “@username. 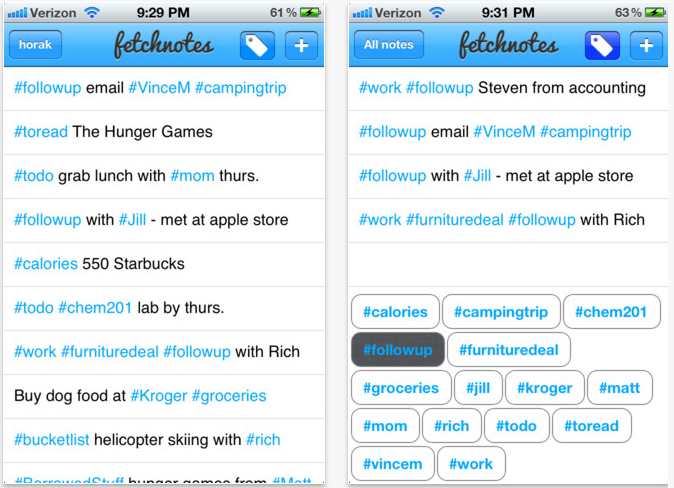 “Task management or to-do apps force you into this rigid structure about how you’re supposed to get things done or that you’re only supposed to use this for to-do’s, whereas what we’ve done is we’ve created a very flexible application that allows you to write your own use cases”

Below is the official iTunes description of Fetchnotes iOS app:

Fetchnotes helps you capture and organize short notes like to dos, ideas and shopping lists – like sticky notes for the modern age.

Spend less time organizing your notes and more time acting on them!

You can download it for your iPhone / iPod from the iTunes App Store from here.