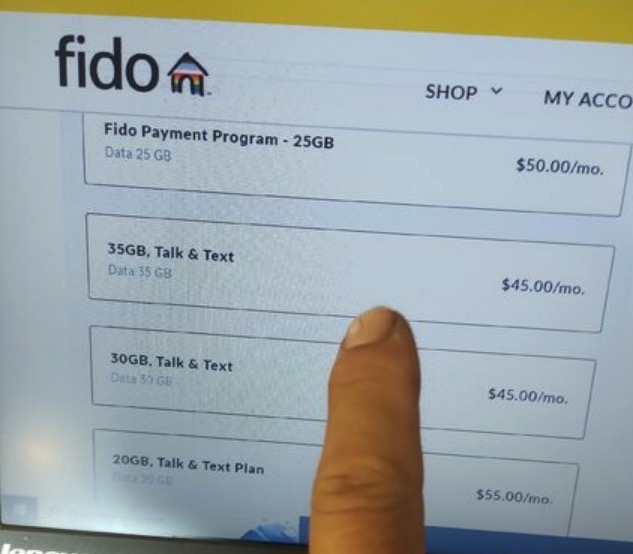 Rogers-owned Fido is offering up a promo $45/35GB plan for select customers, including those in Quebec and Ontario.

According to existing Fido customer ‘joychung’ on RFD, they noted the special plan was mentioned in their online account in Quebec, but only viewable when you go to Change Plan > Data and Text on Fido Finance Program > Display All Plans.

The $45 monthly plan with 35GB of data is listed alongside another $45 offering with 30GB of data. There’s also a $55/20GB and $50/8GB plan listed under their account. This existing Fido customer is currently on the company’s $45/12GB plan.

Other RFD users chimed in to confirm they also received the same offer from Fido, but they were located in Toronto, Ontario. Many others confirmed this special plan was now showing in their online accounts.

This special $45/35GB plan comes less than one week after Fido was offering a $45/25GB plan to some customers.

Again, log into your Fido account and check if you can see this $45 plan with 35GB. Let us know in the comments if you’re seeing this.