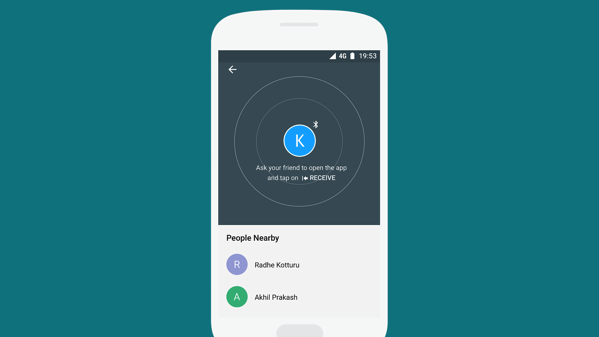 A new Android app called ‘Files Go’ is being prepared for launch by Google, that will allow Android users to better manage the files on their phone as well as transfer those files easily, similar to the way Apple’s AirDrop works, TechCrunch is reporting. While the app is currently available as an early access program for testing purposes, it will officially be launched globally early next month.

“It appears that Files Go is basically part file manager, part file transfer utility, and part clean up wizard. The main interface shows an overview of how much storage space is being used by files and offers tools to clean the app cache, or browse through other areas where files may have accumulated – like those received from a chat application, for example.

As you dive into the various sections, you can then filter the files by source for easier discovery, access, or deletion. For instance, you can choose to display only files from the camera, those that are screenshots, those from a chat application, and so on.”

The most notable feature of the app remains the file transfer utility that works over Bluetooth, meaning users could share files with others, even if offline. Unlike Apple’s AirDrop however, which also uses Bluetooth to share things like photos, videos, documents and contacts with nearby Apple devices, Files Go will need both users to have the app open to send and receive files at the time of transfer.

A Google spokesperson has also confirmed the app’s existence with the following statement:

“We are always doing experiments on ways to help users get the most from their smartphones. We have nothing specific to announce at this time.”

We’ll be sure to update you once the app is made available for download in Google Play.