A new Apple trademark filing indicates the company might be planning to introduce a subscription to its Final Cut Pro video editing software on macOS. 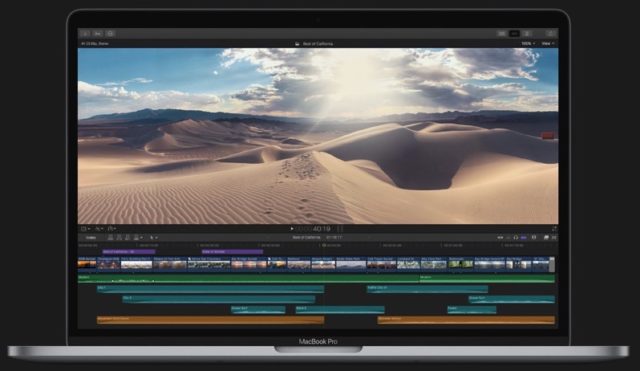 According to Patently Apple, Apple filed to update its “Final Cut Pro” trademark in Europe, adding Nice Classification 42, which covers the “rental of software,” hinting that Apple could either be interested in relaunching the app as a pay-monthly product, or keeping some of its features back for paying subscribers only. The Class 42 identification is listed as including software as a service (SaaS), or a platform as a service (PaaS).

SaaS is a software licensing and delivery model in which software is licensed on a subscription basis and is centrally hosted. PaaS is a complete development and deployment environment in the cloud, with resources that enable developers to deliver everything from simple cloud-based apps to sophisticated, cloud-enabled enterprise applications. They purchase the resources users need from a cloud service provider on a pay-as-you-go basis and access them over a secure Internet connection.

Basically, it looks like Apple might be laying the groundwork for a subscription service or fee for its Final Cut Pro software. As Patently Apple notes, Final Cut Pro is currently a $299.99 USD one-off payment on the App Store. The development clearly indicates Apple might be planning to change how users pay for one of its most popular bits of software, but there are of course numerous ways it could go about this.

The patent today doesn’t confirm that Apple will ever offer a subscription for Final Cut Pro, but it does show that the company has at least considered the possibility of adding some form of pay-monthly elements to the app, either that be in full or only partial.