‘Final Fantasy: Record Keeper’ Gets Special Dungeons and Rewards for its First Anniversary

– 50 Mythril, the Orthros summon ability, and the global version exclusive Celebration Blade for any players that log on before April 24 at 5am Pacific

– New “Nightmare” dungeons, which bring powerful enemies from throughout the FINAL FANTASY series. The first dungeon, Ultima Record is available starting today at 5pm Pacific, until April 4 at 5pm Pacific

– A new piece of artwork developed by Tetsuya Nomura, the Creative Producer of FFRK, which is available on the game’s first anniversary website 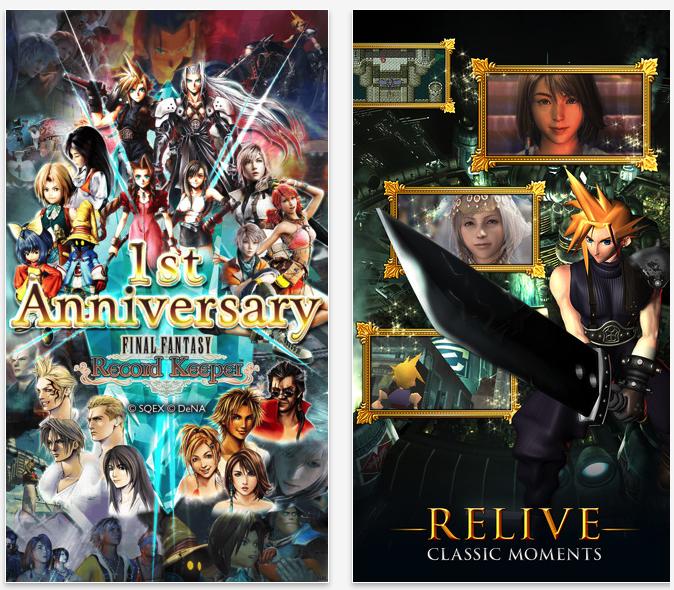 FINAL FANTASY: Record Keeper is available as a free download on the App Store. The game requires any device running iOS 7.0 or later and contains in-app purchases ranging between $0.99 and $28.99.