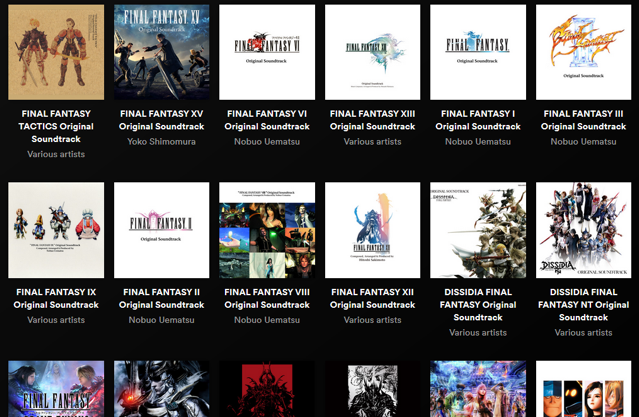 In a sudden move, Square Enix has today made its popular Final Fantasy soundtracks available to listen for free on Spotify and Apple Music, TechCrunch is reporting. All you need to do is log into either of the two music streaming platforms and look up “Final Fantasy”.

“I just checked and Final Fantasies I-XV and some sub-sequels are all there, some in original and remastered versions, plus plenty of popular (or not) side titles like FF Tactics (come out on Switch already!) and Type-0. There’s even the soundtrack for the ill-considered 2001 movie, The Spirits Within.”

Unfortunately, though, X-2 and a few of the other non-main entries like Tactics Advance and A2 are missing right now but they are expected to arrive shortly as well. So far, there’s been no mention of the OSTs on Square Enix’s social media channels but it likely has to do with a special concert being given this week for FF VII.

We have a very special guest announcement to make!

Tickets are running out, so head to Ticketmaster now to get yours: https://t.co/8PSc1cgfrD https://t.co/gZUnXMPKLK

Since majority of the soundtracks are in Japanese, it might be difficult to pick out your favourite character’s theme initially. Nonetheless, they should come in handy if you’re planning a road trip to LA for the upcoming E3 event.