Find Out Your Rogers iPhone 5 Upgrade Pricing by Dialling 611

2. Next it will say “For iPhone 5 sales and pricing, press 1; to reserve or check the status of a reservation, press 2…” (PRESS 1)

3. Next, it will say “If you’re an existing rogers wireless customer, press 1” (PRESS 1) 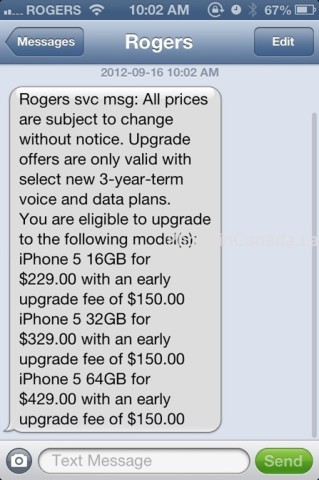 What was your upgrade pricing?

Thanks @JustinLuey for the tip!