Back in July, Alexander Stubb, the prime minister of Finland, said in an interview with a Swedish newspaper that by announcing the iPhone and then the iPad, Apple has taken the jobs of Finnish employees, suggesting that the iPhone dethroned Nokia from the top position and the iPad led to the decline in demand for paper. Today, the the Finnish prime minister has once again held Apple responsible for bringing down two of Finland’s biggest economic exports (via TechCrunch). 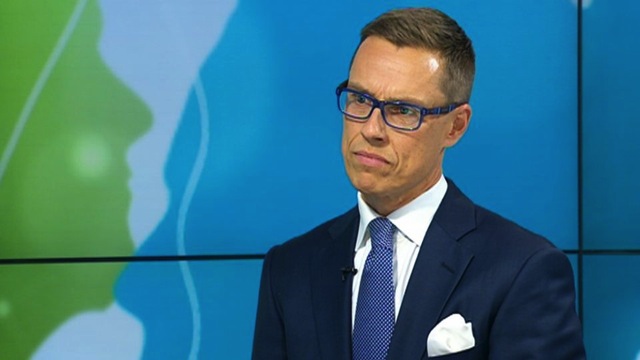 An an interview with CNBC, Mr. Stubb said that the iPhone killed Nokia and the iPad killed the paper industry, “but we’ll make a comeback”. The comments come at a time when Finland has been downgraded by ratings agency S&P, from AAA to AA+. The source details how coming up with a decent soundbite is not an uncommon goal for politicians, but citing Apple for past problems is surely ‘lame and weak-looking’.

“Ironically, it seems that Finland’s businesses are trying to do the opposite, as pointed out by Stuff in further elaboration.* “We have two industrial problems, champions that went down in Finland,” he noted today. “One was Nokia and the ICT sector and the other was forest and the paper industry.” Stubb went on to say that advances in bio energy and other areas are helping the forestry industry bounce back, and that the new Nokia Networks — formed after Microsoft acquired Nokia’s devices and services division for over $7 billion — is now rebuilding itself.”

What Mr. Stubb doesn’t realise is that Android handset makers like Samsung, were by far the bigger threat to Nokia’s dominant position as the world’s biggest handset maker, as Samsung overtook Nokia for the top spot in 2012. Moreover, Apple has actually been paying Nokia money for years now, under IP licensing agreements.

“The exact amount of those payments has never been disclosed, but in 2013, when Nokia was still a single company, its then-CEO Stephen Elop said that the company would make more than $650 million in patent licensing deals that year from the likes of Apple and others. Since Apple is licensing Nokia-created patents for its technology, you could even argue that Nokia was partly responsible for its own decline.”

Well, how many of you agree with the Finnish prime minister?