Just moments ago, we posted the first leaked iPhone 4S hands-on video showing some performance benchmarks and a glimpse at Siri settings. Now, the same source has uploaded what he claims to be the “first consumer photo” taken with an iPhone 4S. The photo taken is of a 1 US dollar bill and measures 3264 x 2448 pixels in dimensions which turns out to be exactly 8-MegaPixels. As noted by MacRumors, even though EXIF data of the image can be manipulated easily, given the existence of the earlier video from the same source, the photo is likely authentic. 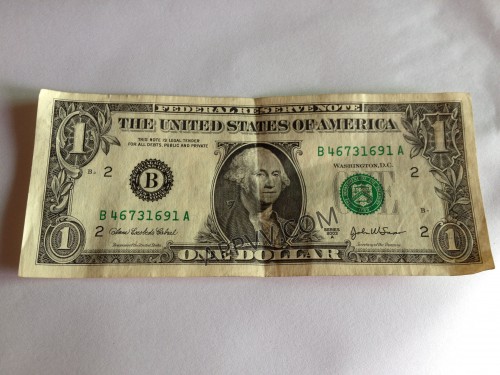 As part of its promotional materials for the iPhone 4S posted following last week’s media event, Apple included full-resolution sample photos, but the new image from AppVV offers an example of the quality of photos users can expect simply from snapping a quick photo.

If you can recall, a photo which was was apparently taken by an Apple engineer using an iPhone 4S was briefly leaked on Flickr a few weeks ago. Turns out, the photo was indeed taken by the device.

Samsung's annual Unpacked event is being held tomorrow, February 1st. Unveiling the latest flagship devices, including the Galaxy S23 series. It's likely that there will also be other surprises to be had. Here's how you can watch the digital live-streamed event and not miss a moment. Each year, Samsung hosts its Unpacked event and reveals...
Steve Vegvari
22 mins ago

Xbox, PlayStation, and Nintendo will reportedly be skipping E3 2023 as the large video game conference returns for an in-person event. Slated to run from June 13th to the 16th at the Los Angeles Convention Center, the three large publishers will not have a presence on the showroom floor, says a report. According to IGN,...
Steve Vegvari
54 mins ago