Update 1: AnandTech has benchmarked the iPhone 4S…and the results show the device currently leads the competition in terms of Javascript and GPU performance. 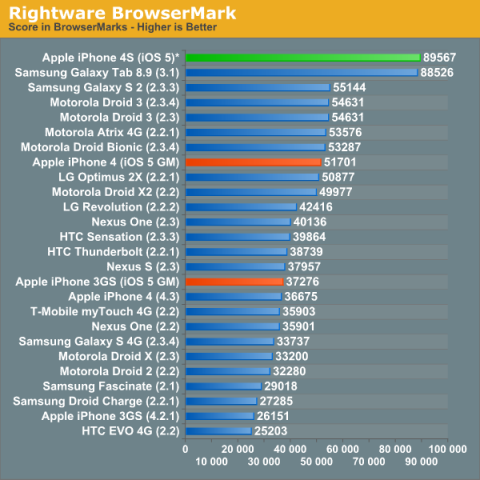 Yesterday, a hands-on video of an iPhone 4S was leaked in the wild showing some browser performance benchmarks. Today, the first GeekBench benchmarks for the iPhone 4S have been published which quite clearly reflects the superior performance of A5 dual-core chip over this predecessor. currently, two iPhone4,1 (4S) benchmarks have been posted which according to MacRumors, appear to be legitimate. The listed specs in the benchmark show an A5 processor that resembles the results from from the iPad 2 while 512 MB RAM appears to be in-line with what we believe an iPhone 4S sports. 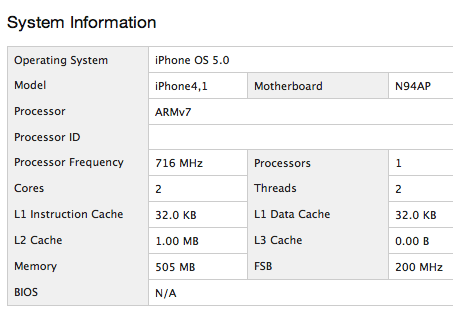 The iPhone 4S A5 processor is likely underclocked (800MHz) as compared to the iPad 2 processor (1 GHz), explaining the slightly lower performance.

The pre-orders of iPhone 4S are currently shipping to customers for delivery on October 14th!