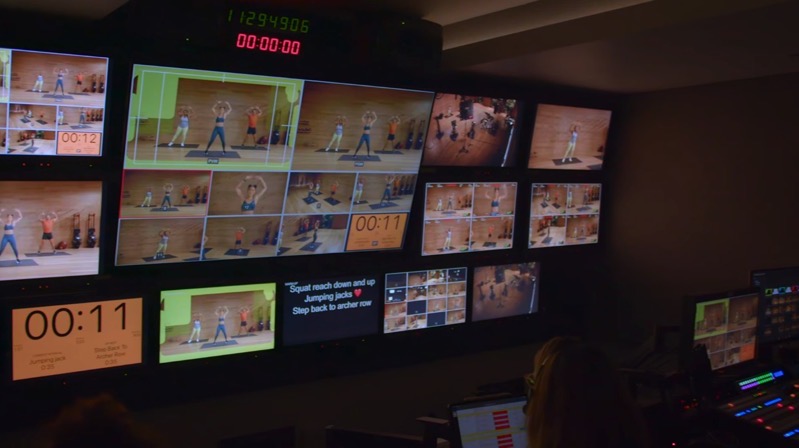 Apple has unwrapped its Apple Fitness+ studio for the first time, offering a rare tour to YouTuber iJustine.

The Fitness+ studio is located in Santa Monica, California, and the setup includes 13 cameras in a robotic system to record the 27 trainers, lit up with a grid of lights. Each episode is filmed live but a lot of preparation goes into each workout.

iJustine says the studio is “just immaculate” and was “perfectly lit”, calling the visit “mind-blowing”. She didn’t get to film a workout as it was happening, but did get to see it all happen live. She noted all the Fitness+ trainers take American Sign Language classes that we’ve all seen during workouts.

We also get to see interviews with Apple VP of Fitness Technologies, Jay Blahnik, plus trainers Jessica Skye and Bakari Williams. Check out the video below:

Blahnik says the design of the Fitness+ Studio took inspiration from Apple retail stores, to make it look inviting and open, noting he was “pretty excited about how it all came together.”

Fitness+ is powered by Apple Watch and features 11 workout types, with new workouts debuting weekly. The services comes with a free trial and after costs $12.99 CAD/month, or $99 CAD/year.

SpaceX has applied for the U.S. Federal Communications Commission (FCC)'s permission to equip 2,016 second-generation Starlink satellites with equipment that will provide T-Mobile customers with cellular connectivity when ground coverage is unavailable (via Tesla North). Back in August, SpaceX and T-Mobile announced a partnership to provide global satellite phone service, powered by second-gen Starlink satellites...
Nehal Malik
23 mins ago