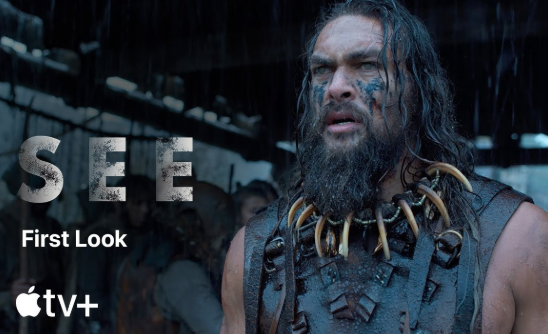 Apple TV+ is launching in two days and this morning, the first featurette for its original series, See, was made available.

The first look clip spans just over 1 minute and 58 seconds, offering a better preview of what to expect when the show debuts on November 1:

Members of the cast and crew of the Apple Original series SEE introduce the new epic drama.

Jason Momoa stars as Baba Voss, the father of twins born centuries later with the mythic ability to see—who must protect his tribe against a powerful yet desperate queen who believes it’s witchcraft and wants them destroyed. Alfre Woodard also stars as Paris, Baba Voss’ spiritual leader.

Check out the featurette below:

See has a Canadian connection, as the 10-part series was filmed in various parts of British Columbia. The show has been compared to Game of Thrones, setting high expectations on the series.

Apple TV+ will cost $5.99 per month in Canada, while those purchasing select new Apple products will get one year of the service for free.