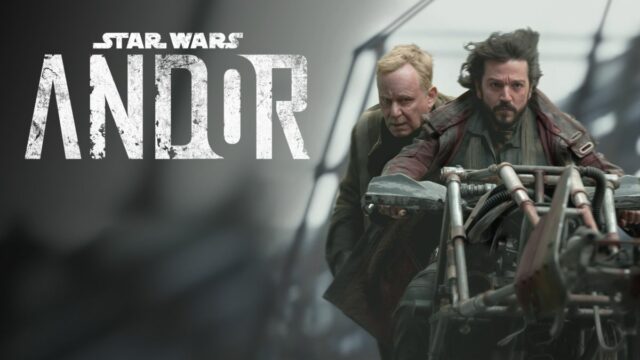 The first three episodes of LucasFilm’s Andor are now available to stream on Disney+ in Canada. The new chapter of the Star Wars saga is set to unfold over the next 10 weeks.

For the uninitiated, Andor is a new entry in the Star Wars timeline and is a prequel story to 2016’s Rogue One: A Star Wars Story. The series focuses on a younger Cassian Andor, once again played by Diego Luna. Andor sees the titular character establish himself and make a name within the Rebel Alliance. Series creator Tony Gilroy appears to be maintaining the spy-espionage feel from Rogue One and is adapting it for the smaller screen.

Andor will explore a new perspective from the Star Wars galaxy, focusing on Cassian Andor’s journey to discover the difference he can make. The series brings forward the tale of the burgeoning rebellion against the Empire and how people and planets became involved. It’s an era filled with danger, deception, and intrigue where Cassian will embark on the path that is destined to turn him into a rebel hero.

The series will run weekly following its three-episode premiere. Andor’s premiere season includes 12 episodes in total and concludes on November 23rd. However, Disney has already greenlit a second season with another 12 episodes. Production on Season 2 is said to begin in November (via CBR).

Shooting is expected to conclude in August 2023 with post-production estimated to take a year. Benjamin Caron, Toby Haynes, and Susanna White are all attached to direct episodes across the two seasons.