Some Fitness Apps Deemed Inaccurate vs Pedometers: U of Toronto Study

The most commonly downloaded smartphone apps aren’t reliable for fitness tracking, according to a recent study of pedometer applications run by the University of Toronto researchers. 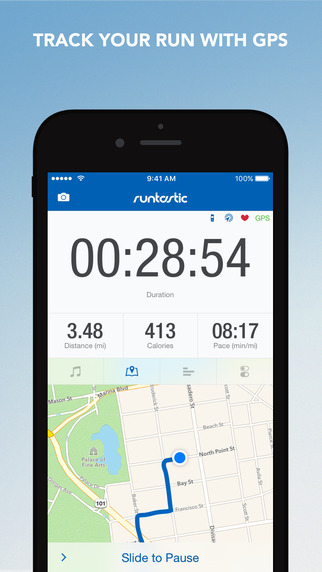 Led by Guy Faulkner, a professor of kinesiology and physical education, and Krystn Orr, the researchers compared pedometer apps Runtastic, Moves, and Accupedo. Their purpose was to see whether the apps were reliable enough to use in medical intervention, Orr pointed out. The researchers measured the smartphone apps against a Yamax SW-200 pedometer.

As detailed by the Star, the participants were asked to walk 20 steps at a normal pace. Moves showed 30% fewer steps and Accupedo 25% fewer, while Runtastic over-reported the steps by more than 10%. The pedometer was almost accurate.

On the positive side, smartphone apps performed better in the 40-step challenge: Runtastic registered 3.41% fewer steps, the pedometer an extra 10%.

In another series of real-life tests, in which participants were asked to live as usual while using the apps and wearing the pedometer at least 10 hours per day for three days, the smartphone apps failed again.

The problem, as highlighted by Jim McDannald, is the GPS and accelerometers built into the handsets: Since they are relatively new, they aren’t as accurate as some would like, especially not for medical purposes.

The report apparently contradicts an earlier study conducted by researchers at the Perelman School of Medicine and the Center for Health Incentives and Behavioral Economics at the University of Pennsylvania and released in February 2015. The researchers compared smartphone apps against the same pedometer used the University of Toronto researchers and found that “smartphone apps are just as accurate as wearable devices for tracking physical activity”, although they did notice a slight difference in the data from the smartphones and the observed step counts (within a range of ?6.7% to +6.2% relative difference in mean step count).