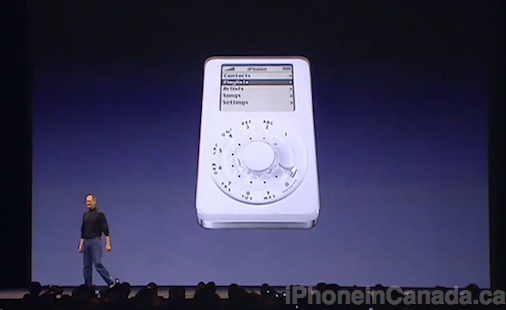 Today marks the fifth year anniversary of the original iPhone announcement back in 2007 at Macworld (now iWorld), as it was introduced by Apple CEO, Steve Jobs. That unforgettable moment changed our lives as we know it, and turned the mobile industry at the time upside down on its head. What emerged was the so-called ‘Jesus Phone’ as everybody called it (remember that?). It was hands down one of the best keynotes ever done by Steve Jobs.

Apple had been working on the iPhone for two and a half years leading up to the announcement, with multi-touch originally designed for a tablet (soon to be the iPad) but was decided by Jobs to put that technology towards a smartphone. The features that hooked me from the presentation were mobile Safari (real internet, not ‘baby internet’ as Steve called it) and double tap to zoom, the iPod app’s Cover Flow feature, pinch-to-zoom especially for photos, and the simplicity of iPhone OS compared to the junk at the time from companies like RIM and Motorola.

Steve Jobs also mentioned the iPhone was a ‘breakthrough’ and 5 years ahead of any other phone. At the time, it sure did look that way. As for today? Android has emerged as a dominant OS that allows for much more customization compared to iOS, and is seen as the biggest competitor to Apple. RIM, it seems, is still stuck back in 2007.

Check out the keynote below if you haven’t seen it already–it’s a work of art:


It was the iPhone that ‘twisted’ my arm to drive down to the Apple Store in Seattle to buy it back in the Fall of 2007, and eventually start this blog. So I have lots of memories tied to this device and the announcement. Happy 5th birthday, iPhone.

Do you still have your original iPhone?