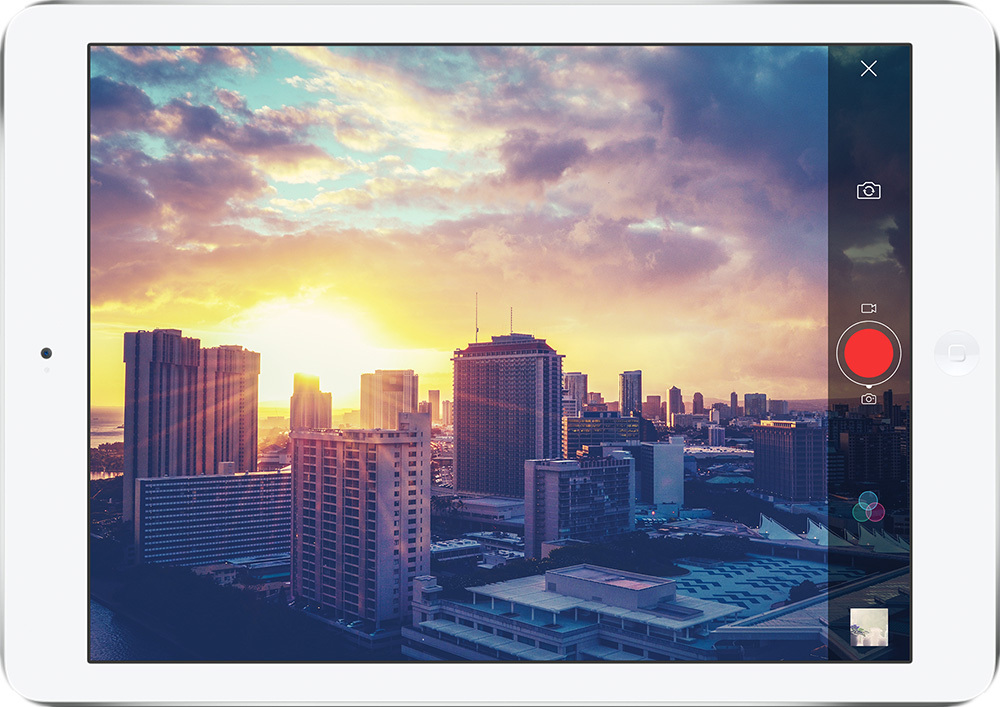 At Apple’s media event on Thursday, the company chose to focus on the camera abilities of the new iPad Air 2 and this seems to have caught Flickr’s attention.

The Yahoo-owned photo sharing service has announced a new iPad-ready app, which on first impression looks well designed. The app is now optimized for the iPad, giving users a great experience when browsing or sharing photos.

“This version of the Flickr iOS app is optimized to take full advantage of the larger screen on iPad, while delivering the gorgeous design you expect of Flickr, our powerful camera, and the versatility you need to manage your photos while on the go. On iPad, Flickr can now display images in high resolution by pushing up to 3,000,000 pixels per photo.”

Flickr takes some design cues from iOS 8, with a simple and flat design that leaves plenty of space for viewing your photos. The app also lets users take and upload photos to Flickr using their iPad. Here is a full list of the app’s features:

– Access your photos from anywhere in their original quality

– Put all your photos on Flickr, not just your favourites, with 1000 GB of free storage

– Magically search your photos with no tagging required

– Quickly edit your photo details and organise into albums

– Follow friends and discover a community with billions of photos

– Unified search across your photos, albums, groups and Flickr photos

Flickr for iPad is available as a free download from the App Store and requires a device running iOS 8 or later.