According to a report by Bloomberg, several senior executives at Flipboard have recently left the company, including co-founder Evan Doll. As a result, the company is struggling to live up to expectations of its fans, while ongoing talks to sell the startup have also stalled. On the other hand, Tim Cook announced during Apple’s recent Q4 2015 earnings call that the company’s new Apple News app has been off to a great start. “Nearly 40 million people are reading Apple News, and we’ve been getting very positive feedback from the publishers”, Cook said. 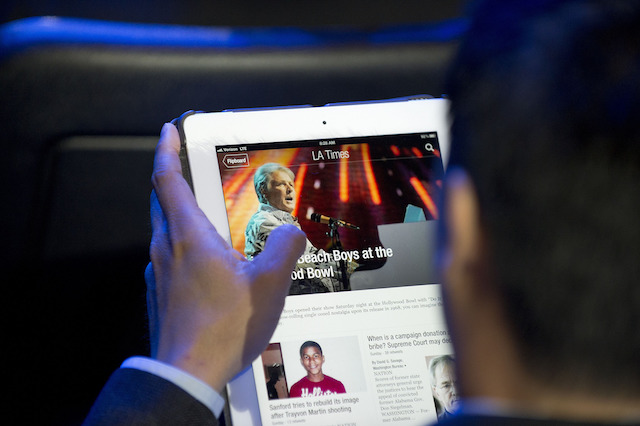 Bloomberg’s report notes that despite all its woes, Flipboard is performing well enough, and after raising more capital earlier this year, is at no risk of going out of business. However, with people finding media through their Facebook or Twitter feeds, it is limiting the need for a stand-alone application like Flipboard. Furthermore, Flipboard’s advertising rates, the company’s main revenue stream, have been in decline as well.

Flipboard said the changes had been planned for and took place over the course of a year and a half. Company veterans were promoted to take on new leadership roles.

Looks like Flipboard desperately needs to adjust to a changing digital-news market and live up to its $800 million valuation.