Since iPhone owners use apps more frequently than consumers with Android devices, Flurry, the market research firm has long used consumer engagement with the iPhone as the standard for measuring wider smartphone app trends and usage. According to their latest report, this, however, is about to change in China.

For the first time since the dual-horse race for market dominance between iOS and Android started, an Android device appears to take the lead. After taking random samples from 23,000 devices in China in January 2014, Flurry found that Xiaomi users spend much more time in apps than the average iPhone consumer. 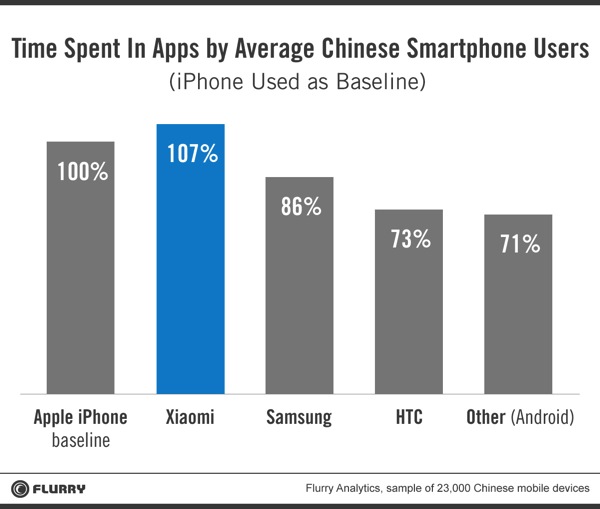 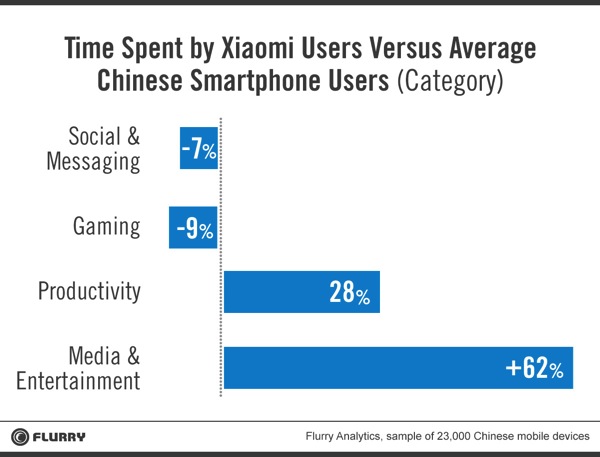 A closer look to the Xiaomi users reveals that they spend the majority of their (smartphone) time using media and entertainment apps, but the percentage of productive apps is also reasonably high: 28%. Gaming accounts for 9% and social media or messaging apps for 7%, as shown in the above chart.