The mobile market has been dominated over the past four years by two mobile OS giants: Android and iOS. Google’s Android is definitely the No. 1 mobile OS globally, but more recently many analysts have started to question the value of Android, specifically focusing on the high-end smartphone and tablet market. Flurry has decided to take a deeper look into the leaders’ market share.

The findings may or may not surprise you: Android falls short in terms of total time spent in apps, despite that there are 120% more active Android devices than iOS devices. 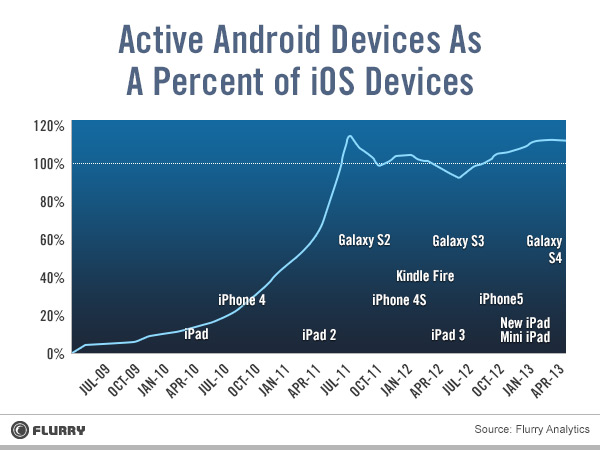 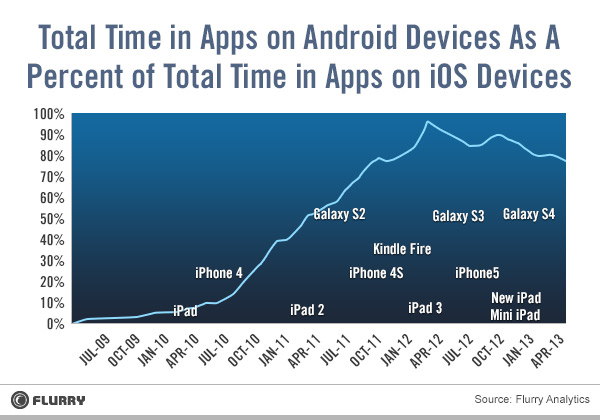 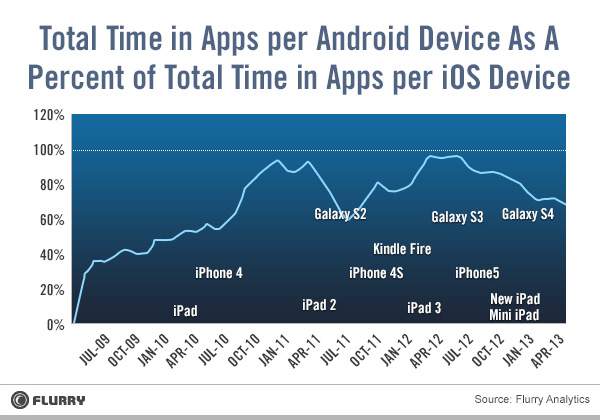 Why doesn’t app usage share follow device shares? Flurry has a few explanations: it could be due to different types of users, or due to Android market fragmentation that prohibits users from accessing content. A third explanation is related to the previous ones: the larger and richer ecosystem of apps that exists in iOS feeds on itself. In the end, the clear winner is Apple, due to its supremacy in profits and developer attention.

As reported by 9to5Google, Google’s new wired Nest Doorbell which appeared in the Google Home app last month has been leaked early in stores with availability expected later this week. The new Nest Doorbell was spotted in a Best Buy store, with the packaging saying “2nd generation” and “Wired” with a check mark, in white and dark...
Usman Qureshi
5 mins ago

As the volume of trips to and from post-secondary campuses across Canada is doubling, Uber is sharing some back-to-school trends highlighting how students are relying on ridesharing to get around on and off campus. "Now that classes are back in full swing, it’s a great time to remind students how to use Uber app features...
Usman Qureshi
32 mins ago