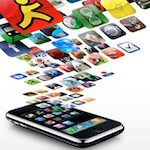 Flurry is back with a follow-up to one of their most popular reports, Mobile Apps: Money, Models and Loyalty that clearly indicates a need for developers to conquer the “new battleground” of engagement and retention if they want to succeed.

A lot has changed in the three years since the original report was released, not the least of which is the exponential growth of the App Store that now features a much larger number of developers and their competing apps (not to mention having seen several more versions of the iPhone and iPad hardware).

The meat of the report is very interesting, with a matrix that breaks down app use by category that plots how often apps are used and for how long. For a developer, this translates into a not-so-easy goal to achieve: gain momentum, get users, keep users. 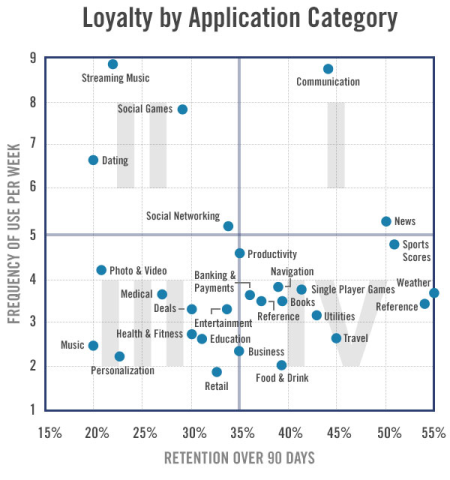 The most successful apps (by way of receiving the most intensive and frequent attention) are related to communication and news, followed closely by the other apps that keep us social (dating, social networking, social games) and entertained (streaming music). Unfortunately for developers looking to make a profit, these also represent the categories with the most competition in the App Store.

Details from the Flurry report will be of real interest to developers brainstorming so they can create the ‘next-greatest-app’, but they should also be given some thought from those with existing apps that could be upgraded and adapted to better fit a category that is seeing more success.

Flurry is a leading mobile application analytics company that has delivered reports on a number of topics including the recent explosion of Android and iOS adoption rates.

Last month, Amazon Canada and Affirm announced monthly payments would be launching and this week they went live. On eligible items, you can now see mention of how much you can pay for the item over a period of months with Affirm, noted underneath pricing. You can see the Affirm line on the Apple Watch […]
Gary Ng
26 mins ago