Foodora is a food delivery service available on the web, iOS and Android, and recently announced customers can now order with their voice using Amazon Alexa.

The new addition to the foodora Alexa Skill has launched to coincide with Amazon Prime Day festivities, allowing users to check out restaurant options and making orders using their voice. 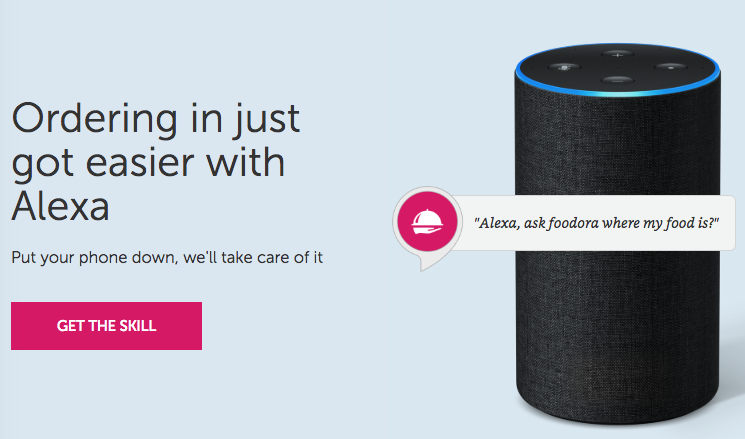 Last year, foodora customers were able to live-track their food order using Alexa, but now you can place full orders “with voice command through Alexa systems without lifting a finger!”, explained the company in an email to iPhone in Canada.

The Alexa Skill means you can refer to one of your previous orders on an Alexa device, such as the Echo or Echo Dot, and order it with your voice, by saying something like “Alexa, tell foodora I am hungry!” Or “Alexa, tell foodora that I want pizza from my favourite place.”

According to the company, you’ll need to have a foodora account with at least one order on it, and a credit card saved as well, for the Alexa Skill to work.