According to a new patent application published today by the US Patent & Trademark Office (USPTO), Apple has developed a new version of its Touch Bar for future MacBooks, that looks the same as the current one, albeit with built-in Force Touch technology, 9to5Mac is reporting. 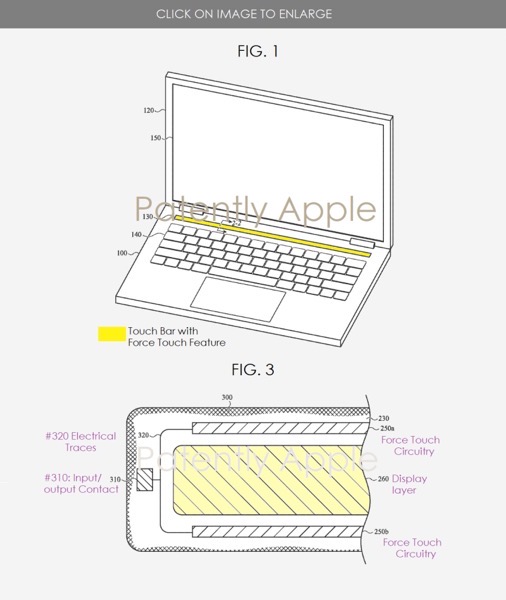 Force Touch, although no longer found in the Apple Watch where it was introduced for the first time, could make its comeback in Apple’s redesigned next-generation MacBooks with Touch Bar expected to come out next year.

Apple’s patent, originally filed in May 2019, shows a new Touch Bar that is sensitive to touch pressure. According to PatentlyApple, however, Apple has not provided any further details on how it would actually work.

“It’s not hard to imagine Force Touch on the Touch Bar being used to avoid accidental taps — which is something many MacBook users complain about.

Currently the only Mac that features Touch Bar is the MacBook Pro, and Apple has never given any signs that it plans to bring its small interactive OLED strip to other models since the MacBook Air has been updated recently and it has only Touch ID.”

Are you a fan of the Touch Bar on the MacBook or do you prefer physical function keys?